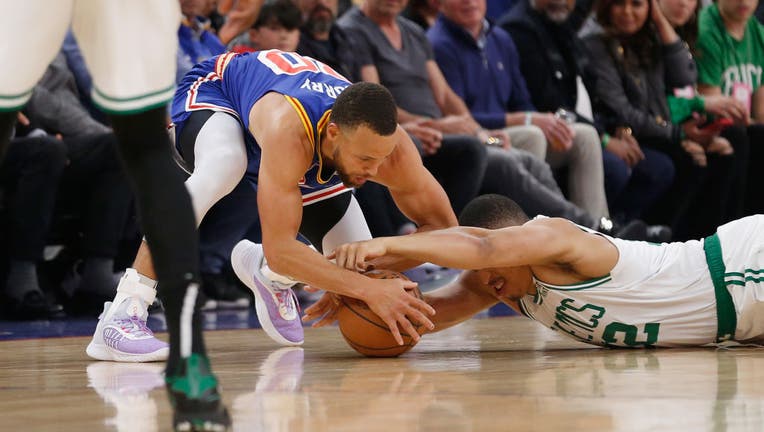 SAN FRANCISCO, CALIFORNIA - MARCH 16: Stephen Curry #30 of the Golden State Warriors competes for a loose ball against Grant Williams #12 of the Boston Celtics in the first quarter at Chase Center on March 16, 2022 in San Francisco, California. (Phot (Getty Images)

Steph Curry injured his left foot in Wednesday's game against the Boston Celtics and it's unclear when the Golden State Warriors star will return, according to reports.

Curry sprained a ligament when he collided with the Celtics' Marcus Smart in the first half of Golden State's defeat in San Francisco, The Athletic reported.

X-rays reportedly turned up negative, indicating that he had not fractured a bone or caused major damage.

Some reports said Curry will be out indefinitely while ESPN said he would return for the NBA's Western Conference playoffs.

Curry fell to the court and grimaced when Smart lunged for a loose ball and landed on Curry's leg.

"I thought it was a dangerous play. I thought Marcus dove into Steph's knee," Kerr said.