The USFL's inaugural season concludes with the championship game between the Birmingham Stallions and Philadelphia Stars Sunday, July 3 on FOX.

WASHINGTON - The USFL's inaugural season concludes with the championship game between the Birmingham Stallions (10-1) and Philadelphia Stars (7-4) Sunday, July 3 at 7:30 p.m. ET on FOX.

This weekend's title game will be a rematch of a Week 5 contest between the squads that ended in Birmingham defeating Philadelphia 30-17. But the Stars have a chance to avenge that loss with a title win.

Philadelphia got a huge win last weekend in the semifinal, and they're eager to ride that momentum into Sunday's game to capture a championship. After getting off to a tough start earlier in the season, the Stars managed to get hot at the right time, thanks in part to the play of quarterback Case Cookus.

Birmingham has been the best team all season in the USFL after winning eight straight regular-season games. Quarterback J'Mar Smith and wide receiver Victor Bolden Jr. are two dynamic players who have been key contributors to their team's success. 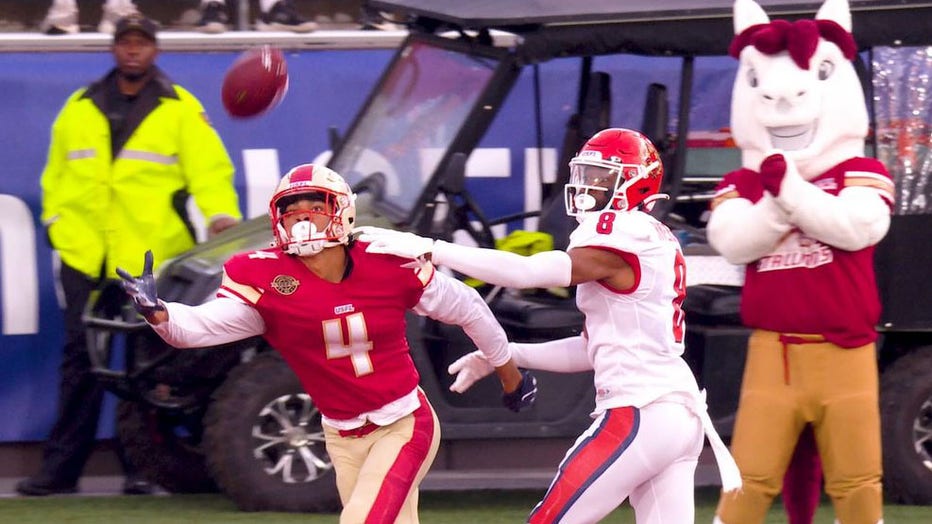 The USFL concludes its inaugural season with the championship game between the Birmingham Stallions and Philadelphia Stars Sunday, July 3 at 7:30 p.m. ET on FOX. (FOX Sports)

A champion gets crowned Sunday, and this matchup has a chance to be a classic.

Birmingham Stallions vs. Philadelphia Stars. Game kicks off at 7:30 p.m. ET on July 3.