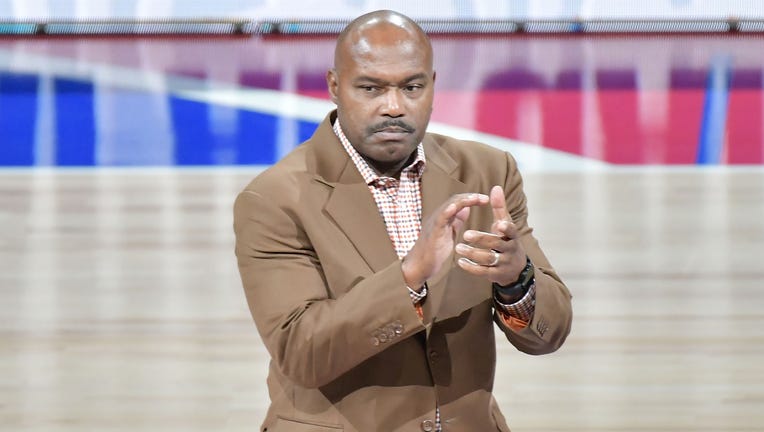 OAKLAND, Calif. - Former NBA star Tim Hardaway came under fire after he made a distasteful remark during the broadcast of the Warriors and Spurs matchup Monday night.

Hardaway was recently inducted into the NBA Hall of Fame, joining former teammates Chris Mullin and Mitch Richmond. To celebrate, the trio reunited for a one-night "Run TMC" broadcast as play-by-play announcers.

During the second quarter, viewers were shocked when they heard Hardaway make a derisive comment on a Draymond Green steal.

"I used a poor choice of words earlier in the broadcast. I want to apologize for that," he said. "Let’s get back to the game and let’s finish the game off with a 30-point win and go home happy."

This isn't the first time Hardaway's poor choice of words landed him in the hot seat. In 2007, he said on "The Dan Le Betard Show" that "I hate gay people, so I let it be known."

Prior to being enshrined into the Hall of Fame in September, Hardaway apologized for those comments, citing the church instilled those thoughts in him.