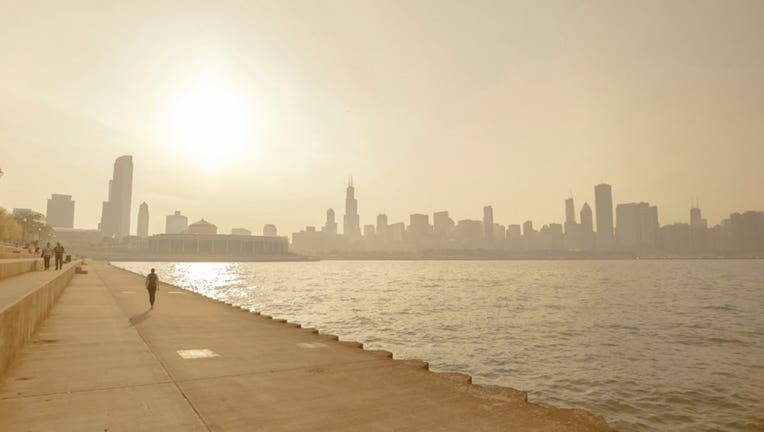 This FILE photo shows smog on the shoreline of Chicago during a summer heat wave. (iStock/NOAA)

PHILADELPHIA - Summer 2021 was the hottest on record for the contiguous United States, slightly surpassing the Dust Bowl summer of 1936 by less than 0.01 degrees Fahrenheit, according to a report released Thursday by NOAA.

The average temperature during climatological summer – June through August – for the Lower 48 states was 74 degrees, or 2.6 degrees above the 20th-century average. A record 18.4% of the contiguous U.S. endured record-high temperatures for the season.

California, Idaho, Nevada, Oregon and Utah each reported their hottest June-to-August period on record, and 16 additional states recorded one of their five hottest summers on record. No state had below-average temperatures for the summer season.

The only states to report near-average temperatures during the summer were those in the Southern Plains and Deep South, according to NOAA.

June 2021 was the hottest on record for the Lower 48, which helped push the summer season to its hottest since the Dust Bowl. July was the nation's 13th hottest, while August ranked as the 14th hottest.

In fact, eight of the 10 hottest summers for the contiguous U.S. have occurred in the 21st century, according to NOAA. The only two not from this century are 1934 and 1936.

Most of the United States has observed a warming trend in summer since 1970, according to an analysis from Climate Central, a nonprofit news organization that analyzes and reports on climate science. This is especially true from Texas to the Desert Southwest, Rockies, Great Basin and West Coast, as well as from Michigan to southern New England, the mid-Atlantic and Southeast. 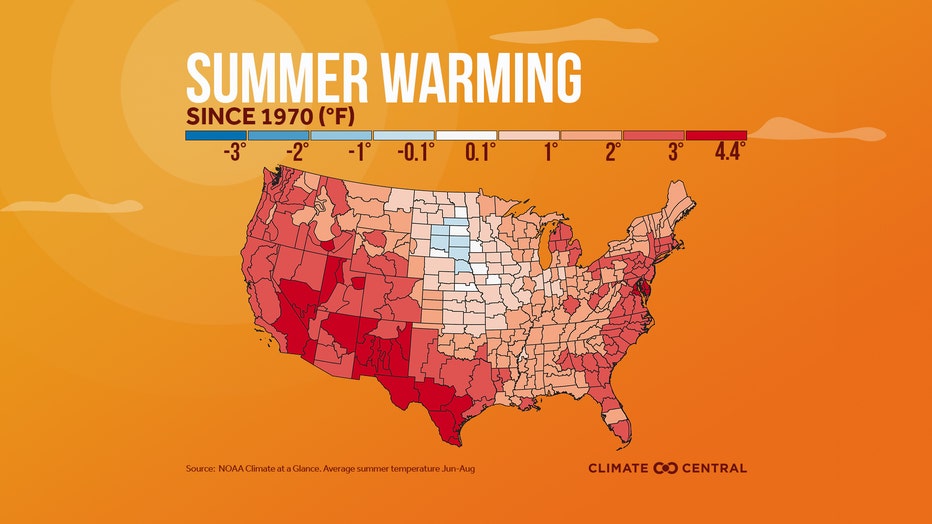 Through the first eight months of the year, the average contiguous U.S. temperature was 55.6 degrees, or 1.8 degrees above the 20th-century average. This makes it the 13th warmest January-to-August period on record.

NOAA's temperature records date back to 1895.