You've likely seen images or video of giant waves crashing onto a beach in Banda Aceh, Indonesia, following a massive earthquake in the Indian Ocean in 2004. Or maybe you've seen video of water breaching walls meant to protect seaside communities in Japan following a magnitude 9.0 earthquake off the nation's coast in 2011.

Both events were tsunamis, and hundreds of thousands of people lost their lives due to the water crashing onshore and rushing inland.

But what are tsunamis exactly, and what causes them? 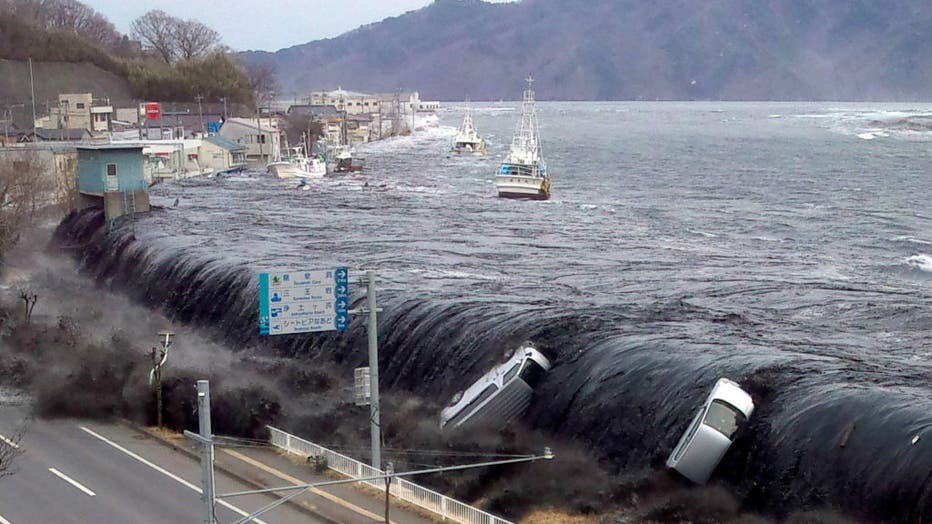 This picture taken by a Miyako City official on March 11, 2011 and released on March 18, 2011 shows a tsunami breeching an embankment and flowing into the city of Miyako in Iwate prefecture shortly after a 9.0 magnitude earthquake hit the region of n

The National Oceanic and Atmospheric Administration says tsunamis are a series of long waves caused by a sudden and significant displacement of the ocean or other large bodies of water. Earthquakes along tectonic plate boundaries cause most tsunamis. Still, other forces can create them, such as volcanoes, landslides and even a near-Earth object like a meteor or asteroid.

That force creates the waves that radiate outward in all directions and can sometimes cross entire oceans. And unlike waves driven by wind, which only travel at the top of the water, tsunamis move through the whole water column, from the floor to the ocean's surface.

The waves can be hundreds of miles long but only a few inches to a foot high in the ocean. So for people on ships, it may not be noticeable if a tsunami traveled under the vessel.

They also travel extremely fast until they get closer to shore. In the ocean, tsunami waves can travel more than 500 mph, which is as fast as a commercial airliner. As the waves approach the coast, they slow down dramatically, the wave height increases and currents in the area intensified. 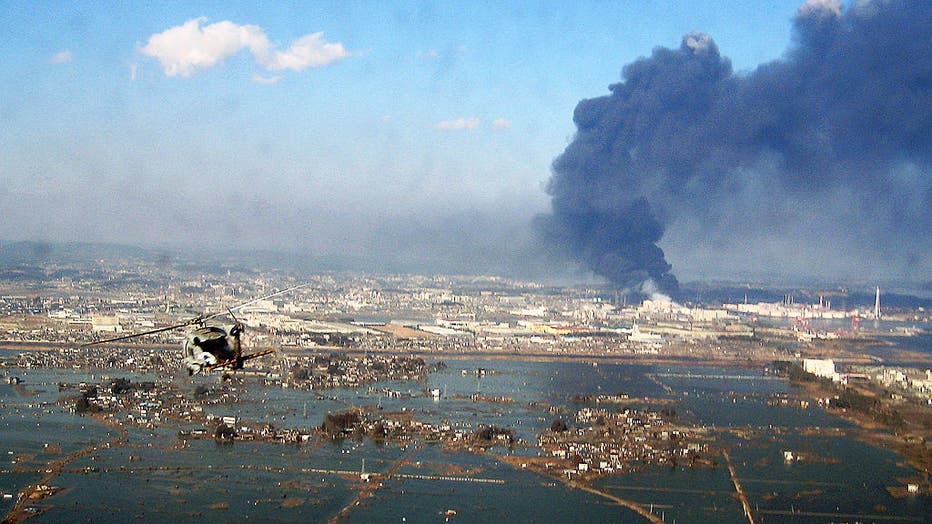 In this handout image provided by U.S. Navy, an aerial view of tsunami and earthquake damage is seen from an SH-60B helicopter assigned to the Chargers of Helicopter Antisubmarine Squadron (HS) 14 from Naval Air Facility Atsugi March 12, 2011 seen fr

Once the waves crash on the shore, the devastating destruction begins. The wave's energy can bring flooding far inland along roads or up a river or other waterways. As the water continues to rush inland, it will pick up large debris like trees, vehicles, boulders and even buildings and will act like battering rams as the waves continue inland or while it recedes.

It's important to note that the series of tsunami waves can continue to arrive every few minutes up to an hour for several consecutive hours. The next wave can come as the previous wave continues to push inland, which will cause more significant destruction.

And the first wave may not be the largest.

How do you know if a tsunami is approaching? 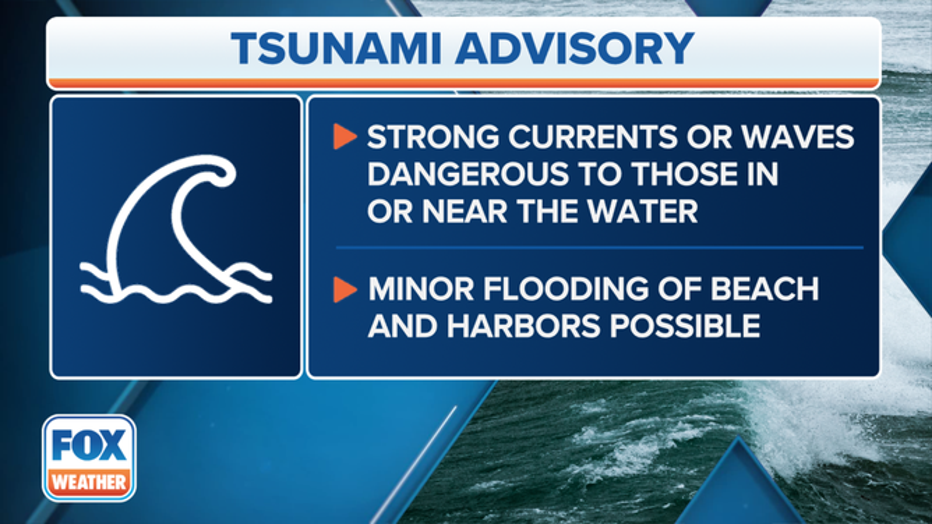 All coastlines around the world are vulnerable to tsunamis, so it's essential to know your community's hazard and evacuation plans in case they're needed.

Tsunami Advisories are issued when strong currents or waves are dangerous to those in or near the water. Minor flooding along beaches and harbors are possible.

When a large earthquake occurs near the coast, you may only have minutes to get to safety, so it would be best if you relied on the warning signs of a possible tsunami. If you see the water being pulled out to sea, exposing the ocean bottom, you may not have much time to get to safety. The same is true if you can hear the roar of waves getting close to shore.

Anyone near the coast should first take steps to protect themselves during the shaking of an earthquake. Then, assess the area for damage and quickly get to higher ground.

If anyone is unable to find higher ground, consider a vertical evacuation to the highest floors of a multi-story building.

Get updates on this story from foxweather.com.