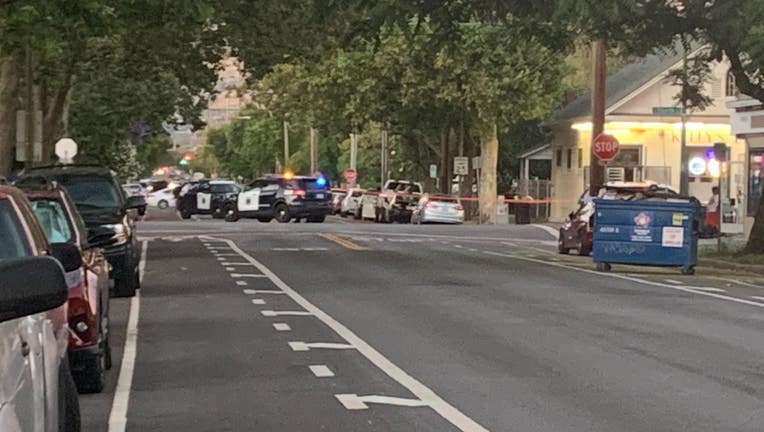 Police at the scene of a shooting in San Jose.

SAN JOSE, Calif. - Police have arrested at least one person involved in a shooting at a San Jose liquor store Wednesday evening.

A large police presence could be seen at around 8:30 p.m. at North 4th Street at E. Empire Street near Kelly's Liquor's.

San Jose Police Department said no one was hit by gunfire in the shooting. The motive is unknown.

At least two other people were detained in connection to the shooting.

We will update this breaking news story as more details become available.