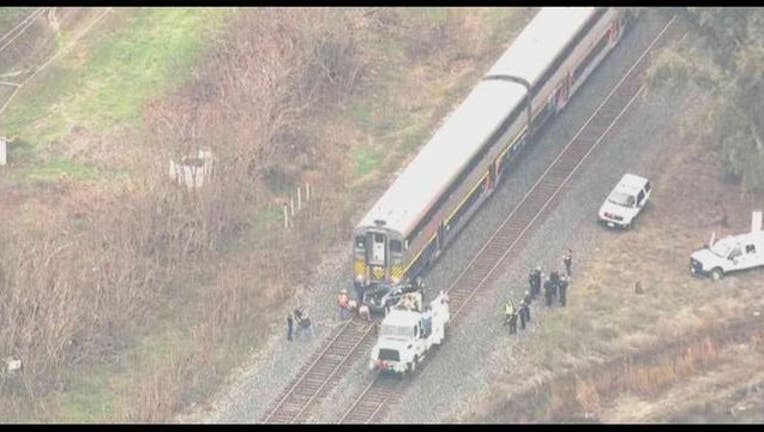 DIXON, Calif. - One person died when an Amtrak train and an occupied vehicle collided in unincorporated Solano County near Dixon this afternoon.

There were no injuries on the train and service on the Capitol Corridor was temporarily suspended, Woods said.

The incident was reported in the area of 7118 Batavia Road outside Dixon around 2:59 p.m., according to the California Highway Patrol

CHP Officer David Harvey confirmed there is at least one fatality.