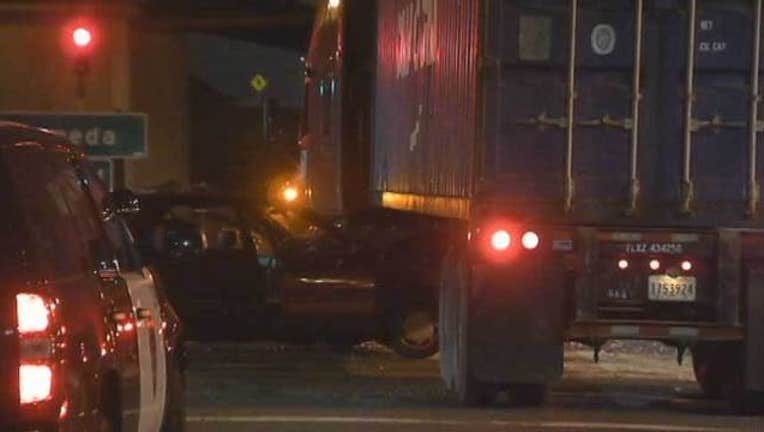 Officials say the crash happened at the intersection of 5th and Broadway at 2:11 a.m. Tuesday. The driver was the only occupant in the sedan and was breathing when first responders arrived, but was later pronounced dead at the hospital.

Oakland police are still on the scene which is causing some road closures in the area.