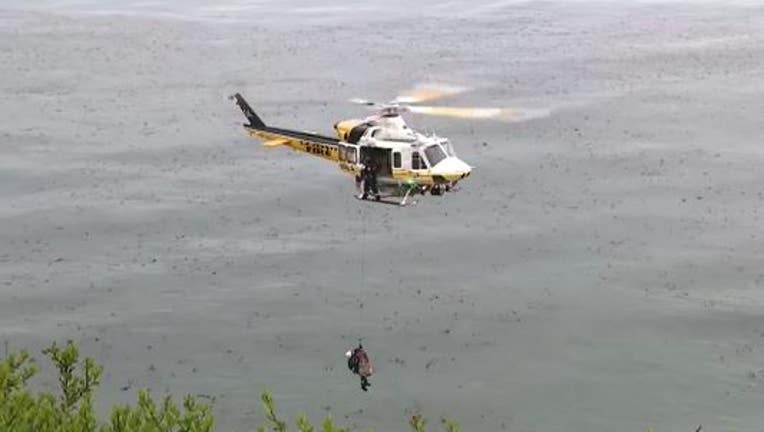 One person has died, and three others were rescued on a beach below an ocean cliff in Los Angeles County on Monday, May 23, 2022.

Palos Verdes Estates police called the Los Angeles County Fire Department before dawn to report a person possibly "over the side" of the cliff. Firefighters found the four people 300 feet (91 meters) down the cliff, said fire dispatch supervisor Martin Rangel.

One person was dead, two had trauma and one was suffering from minor injuries, Rangel said.

The victims were only described as two females and two males. TV news helicopters showed a fire helicopter hoisting victims to rescue vehicles at the top of the cliff.

Rangel said he did not know how the incident happened.

Palos Verdes Estates is on the Palos Verdes Peninsula at the south end of Los Angeles County. A trail runs along the bluff top high above the Pacific Ocean.