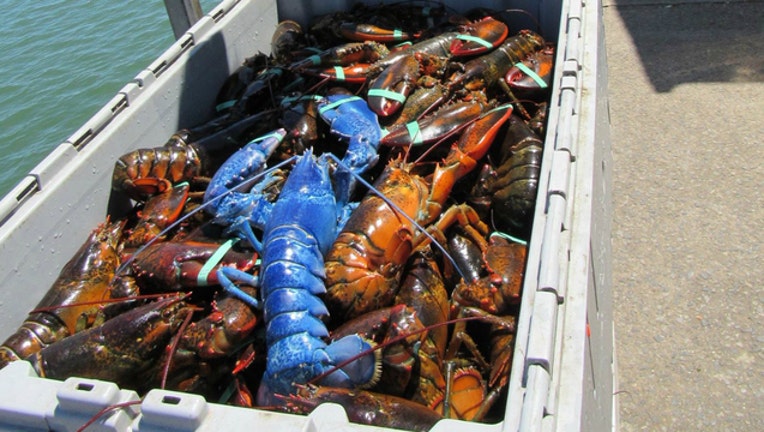 FOX NEWS - A Massachusetts lobsterman amazed onlookers when he discovered a rare blue lobster in a trap Monday morning.

According to the Boston Globe, the chances of finding a blue lobster is about 1 in 2 MILLION, though experts say the estimate may be outdated.

Wayne Nickerson, who's been hauling in lobsters for 35 years, said he also found a blue lobster in 1990.

A spokesman for the New England Aquarium said sightings of the unique crustacean aren't as rare as they used to be because of social media.