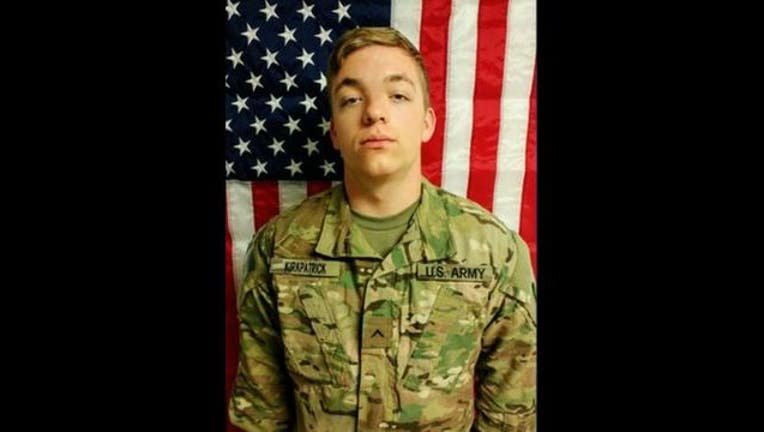 Pfc. Hansen B. Kirkpatrick, 19, of Wasilla, Alaska, was killed July 3, 2017 in an indirect fire attack in Helmand Province

WASHINGTON (AP) - One U.S. Army soldier was killed and two others were injured in southern Afghanistan, the U.S. military said Wednesday.

The U.S. said that Pfc. Hansen B. Kirkpatrick, 19, of Wasilla, Alaska, was killed Monday by indirect fire in Helmand Province. He was assigned to the 1st Brigade Combat Team of the 1st Armored Division at Fort Bliss, Texas.

Two soldiers were wounded in the attack. Their wounds aren't considered life-threatening and they're being treated at a coalition medical facility.

Navy Capt. Jeff Davis, a Pentagon spokesman, said the soldiers were outside the base in the Nawah district, working with their Afghan partners. They were hit in by a mortar.

There has been a recent increase in U.S. military deaths and injuries in Afghanistan as the fighting season with the Taliban becomes more intense and American forces work more closely with their Afghan partners in the battle.

Hundreds of U.S. forces, including Marines, are in the south.