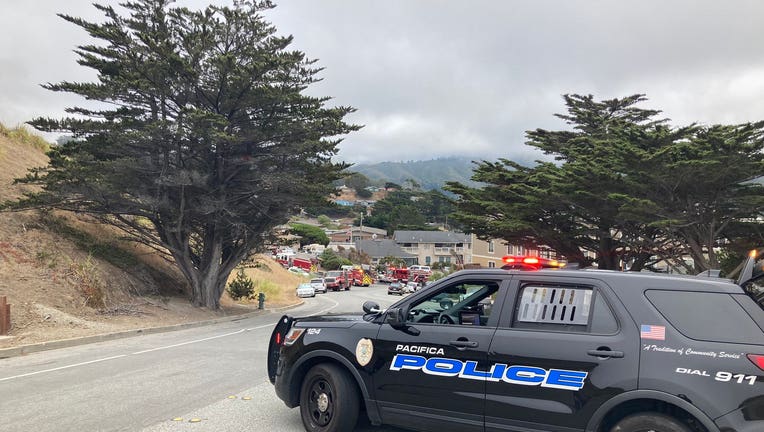 PACIFICA, Calif. - An 11-year-old boy was arrested by Pacifica police Wednesday for allegedly starting a vegetation fire with fireworks.

Officials from the Pacifica Police Department and the North County Fire Authority responded to a vegetation fire at the 600 block of Roberts Road on Wednesday around 4:56 p.m.

There, an 11-year-old boy told officers he had been using fireworks and was responsible for igniting it.

The boy was arrested for a misdemeanor and later released to a parent.

Firefighters contained the fire at three acres. While part of Roberts Road was closed for roughly two hours, there were no evacuations.