VALLEJO, Calif. - For many, the return of traditions and the spirit of giving are the essence of the holiday season. That's especially true for one Bay Area child, who is gearing up for a now fifth annual event focused on bringing some cheer to children in need in his community. 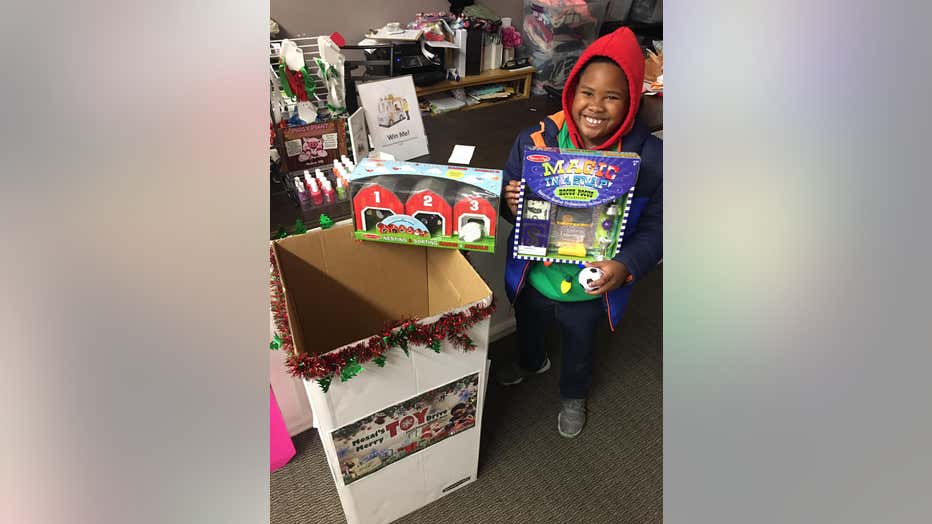 Mesai Alonsabe, 11, is serious about his work. The Vallejo child is focused on collecting as many gifts as possible for underprivileged kids and making this year his biggest toy collection event yet.

"Mesai has even written to some friends and board members of Schwab... and has received boxes of toys this weekend," his mother Michelle Alonsabe-Davis told KTVU on Monday.

It's been a labor of love for Mesai, who began his holiday donation efforts, back in 2015, when he was only 7 years old.

He watched on as his mother filled out her checklist for the holidays, a list which included feeding the homeless. So the child followed up by making a list of his own. It was a series of "to-dos" aimed at jump starting a collection drive he'd later call Mesai’s Merry Toy Drive. 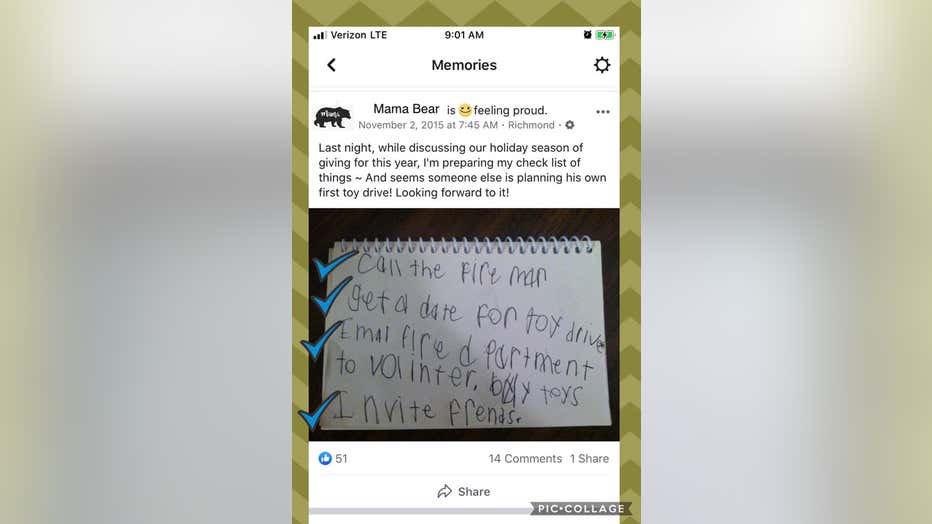 The list included directions like, "Call the fire man" and "Invite frends." He would later reach out to the Vallejo Fire Department to get the agency involved in his toy collection efforts. And of course, he couldn't get his goals accomplished without the help of family and friends. The objective, he has said was to make his community a better place.

With help from his mother, Mesai got to work and set out to make the holidays a happy time for young people who may not otherwise have a gift to open on Christmas. At the same time, he wanted to offer others in his community an easy avenue to get involved and to help their neighbors in need.

"Sadly, Vallejo has 300+ kids who are homeless or very low income," Alonsabe-Davis said.

She added that there are many out there who want to help but don't know where to go. "... with Mesai’s Merry Toy Drive, it allows our community to chip in ~ and with many contributing to the toy drive, there is an abundance of donations!" the mom said.

Over the years, Mesai has modified his toy collection project to target those most in need. In 2017, he held a drive that focused on giving to families who lost their home in the North Bay Fires and then the following year, it was geared toward victims of the Camp Fire in Butte County.

He's also expanded his efforts to go beyond the holidays. He's collected backpacks and school supplies to help underprivileged families during the back-to-school season.

His efforts have not gone unnoticed. His mother said, through the years, Mesai has received four separate letters from President Obama, who praised him for his work.

On his Mesai's Merry Toy Drive Facebook page, organizers wrote, "In Mesai's last letter from Obama, it was noted that he will be counting on young people like him, to step up and get involved - because we all share a lasting responsibility to bring about real and meaningful change that will make our Nation stronger." 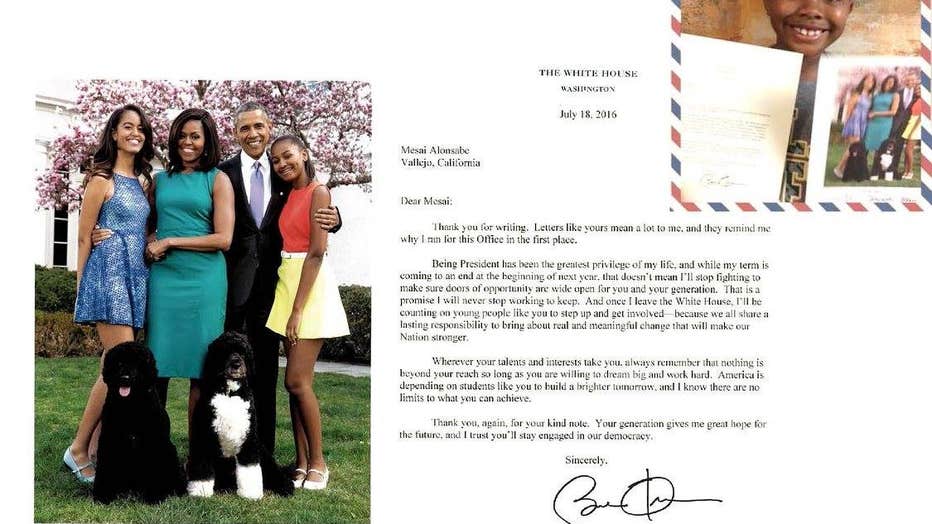 Mesai Alonsabe, 11, has been acknowledged for his work to help kids in need by President Obama, who has sent him four letters thanking him and encouraging him to continue serving his community. (Mesai's Merry Toy Drive)

It's a message that has obviously resonated with the child, as he's shown no signs of slowing down.

Mesai’s 5th annual toy drive is set to be held at Java Jax at 1700 Sonoma Boulevard on Dec. 7 from 8:30 a.m. to 1 p.m. As a testament to how the child's desire to help has spread to others, partners including Hinton Barber and Beauty College will return to take part in the event, with stylists on-site offering free hair cuts. 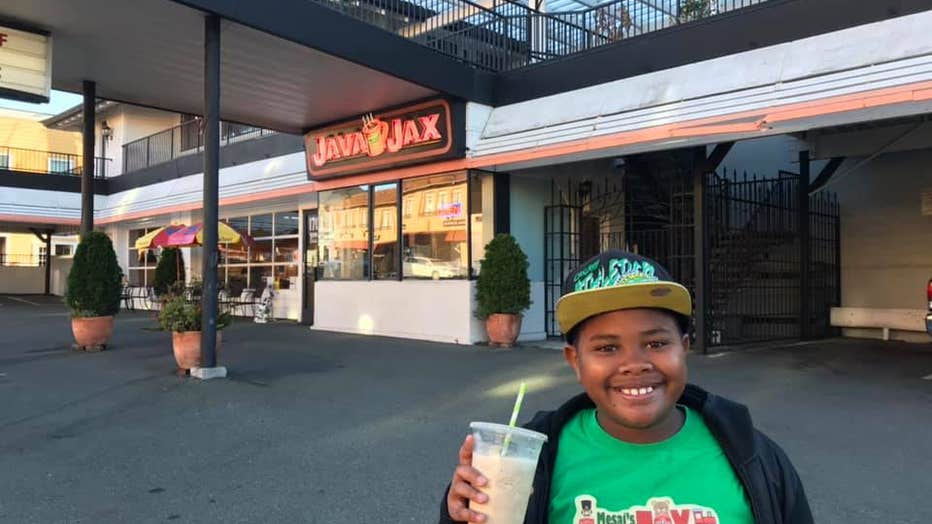 Mesai's mother acknowledged her son's work would not be possible without the community pitching in. "It is all about linking together to make things happen," she said expressing her gratitude and adding, "the support has been amazing." 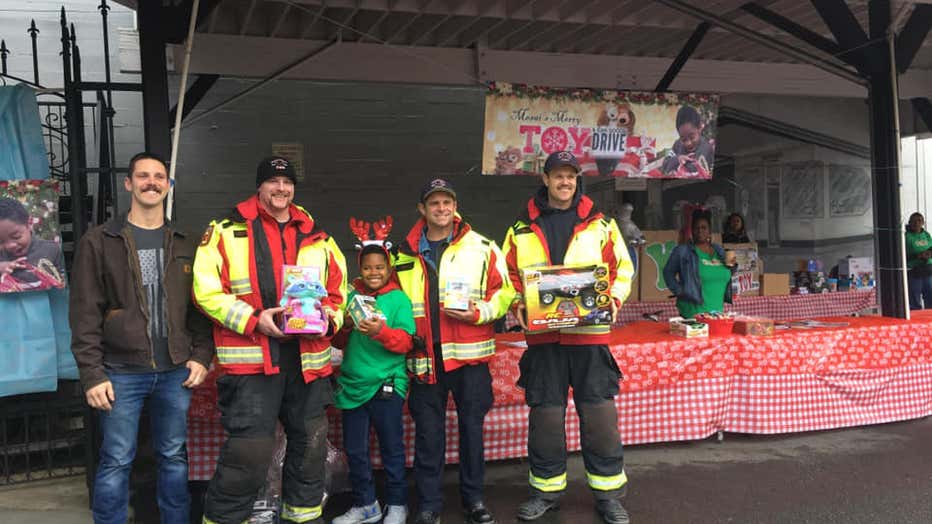 For those who can't make it to the Java Jax event on Dec. 7, collection bins are also being placed across Vallejo. You can drop off toys at the following locations: