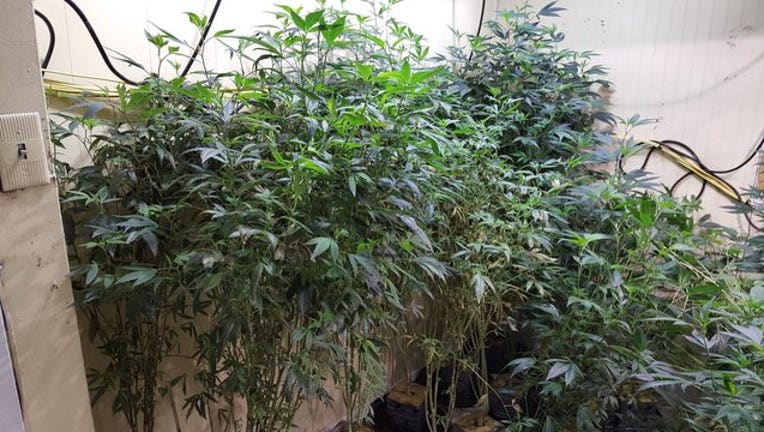 WEST POINT, Calif. - Authorities seized more than 400 pounds of illegal marijuana during a raid in a Northern California grow house.

The Calaveras County Sheriff’s Office discovered more than 1,400 marijuana plants in the West Point grow house, about 70 miles southeast of Sacramento, on Thursday, according to a statement.

Zhong Li, 36, of West Point, was arrested at the scene on suspicion of illegal marijuana cultivation, possession of marijuana for sale and maintaining a drug house. Li was being held on $100,000 bail; it was not immediately clear if he had an attorney who could speak on his behalf.