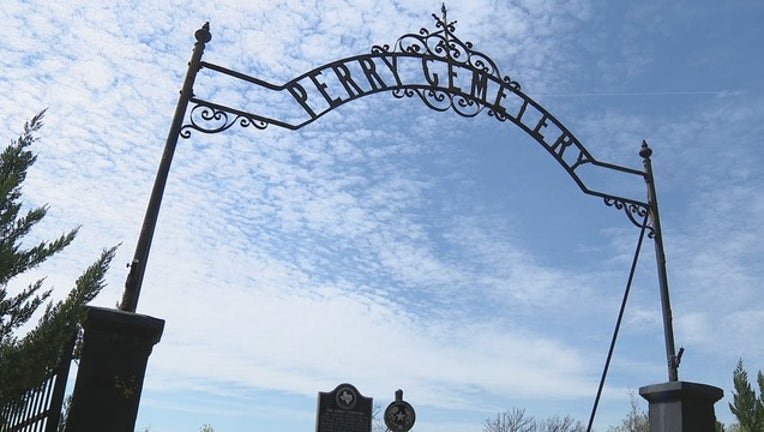 An 18-year-old says she’s the mother of a baby found dead in a flowerpot at a Carrollton cemetery.

City officials said Monday that the teen came forward to police after seeing the story reported on the news last week and is cooperating.

Police said a caretaker at the Perry Cemetery on Perry Road found the baby girl on March 11 after he spotted an out of place flowerpot and found the body of the baby beneath the soil in the pot.

The cemetery believes the flowerpot was placed on the grounds sometime between Feb. 27 and March 2. The medical examiner said the baby girl was between 34 weeks and full term. She weighed just under 6 pounds and still had an umbilical cord attached.

Carrollton officials said on Monday the investigation into the incident is ongoing and that detectives are “still investigating the circumstances, awaiting test results, and awaiting consultation with the Dallas County District Attorney’s office.”