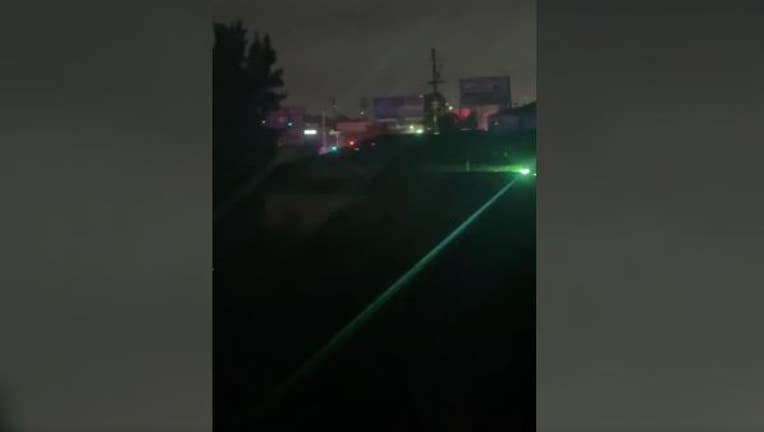 One man died and three were injured on International Boulevard in Oakland. June 26, 2022. Photo: Citizen App

OAKLAND, Calif. - A 19-year-old was arrested on suspicion of vehicular manslaughter after a man died and three other men were injured in Oakland this weekend in a tragedy that is related to an illegal sideshow event, police said.

Officers were called out Sunday about 2 a.m. to the 5400 block of International Boulevard, where they found several people suffering from injuries after they had been hit by a car.

Paramedics and fire crews tried to save the man's life, but he died on scene, police said.

The other pedestrians were taken to the hospital in stable condition.

Police said the preliminary investigation indicates that the 19-year-old driver was speeding in his Nissan 350Z in the designated bus lane.

He then struck another car, causing him to spin out and strike several parked cars and motorcycles. Those motorcycles then struck the pedestrians on the sidewalk, police said.

Police added that this appears to be some sort of sideshow-related act.

Anyone with information is asked to contact the Oakland Police Department Traffic Investigation Unit at (510) 777-8570.