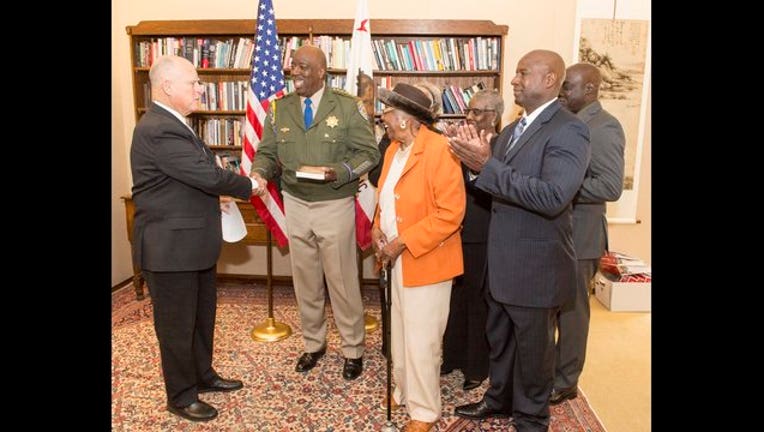 Gov. Jerry Brown on Monday delivered the oath of office to 56-year-old Warren Stanley as the new commissioner of the California Highway Patrol.

Brown appointed Stanley, of Sacramento, to the post earlier this month. He had served as acting commissioner since last year.

Stanley has been with the CHP since 1982. He's come up through the ranks, holding every position from officer to commissioner.

He once was commander of the CHP's training academy. He was deputy commissioner, in charge of day-to-day operations, before his appointment to the top job.

Stanley took the oath with his mother and five of his 11 siblings alongside.