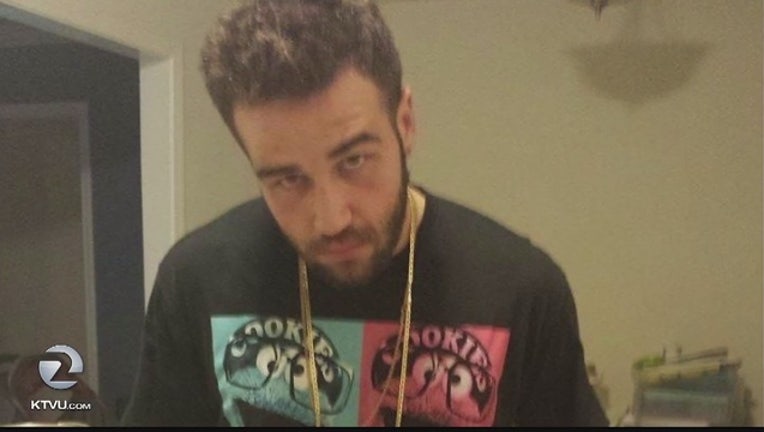 Deputy Luis Santamaria, a 14-year-veteran of the Alameda County Sheriff's Office, and Deputy Paul Wieber, a three-year veteran, were charged earlier this month with assault under color of authority, battery with serious bodily injury and assault with a deadly weapon.

Prosecutors allege that Santamaria and Wieber struck 29-year-old Stanislav Petrov at least 30 times over the course of 40 seconds in the head and hands with their batons on Nov. 12, following a high-speed chase from unincorporated San Leandro into San Francisco.

The pursuit ended at Stevenson and 14th streets in San Francisco's Mission District after Petrov ran out of gas and crashed the car, with the alleged assault occurring a short distance away on Clinton Park.

Petrov suffered injuries including a concussion, broken bones in both hands, a mild traumatic brain injury and deep cuts to his head.

The incident came to light after San Francisco Public Defender Jeff Adachi released surveillance video of the beating and released it to the public, calling for charges to be filed against the deputies.

Defense attorney Michael Rains, who is representing Santamaria, said videos of police use of force are always disturbing, but that doesn't mean it is illegal.

"It's the reality of police work today, when police force is captured people say that looks terrible," Rains said.

Rains said the deputies were "very concerned" that Petrov might have a weapon during the pursuit and arrest.

William Rapoport, who is representing Wieber, noted that unrelated federal gun and drug charges are pending against Petrov, who has a lengthy prior criminal history.

"I think the focus on these two is a little misplaced," Rapoport said of the deputies.

Adachi, who described the incident as one of the "most savage beatings in the annals of police misconduct," said it appeared the defense would be that Petrov "is a bad person."

"But we have to remember that in the American justice system, the police are not the judge and jury, it's not their job to decide who should be executed on the spot or who should be beaten," Adachi said. "No matter who that was, they didn't deserve to be treated that way."

Ken Williams, a former homicide detective and use of force expert who attended today's appearance with Adachi as an observer, called the surveillance video "disgraceful."

Williams noted that even after Petrov was under control and handcuffed, officers failed to call for an ambulance and at one point one of them placed a foot on his neck.

"It shows excessive force, it shows a callousness toward life, and policing isn't about that, shouldn't be about that," Williams said. "The public should demand better."

The two deputies, who are on paid administrative leave, are out on bail. They appeared in court today, wearing dark suits and tense expressions, but their attorneys won the court's permission for them to skip some future court dates.

Alameda County Sheriff Gregory Ahern has said that Santamaria and Wieber are also the subject of an internal affairs investigation by his department that could result in their being fired or having their pay reduced.