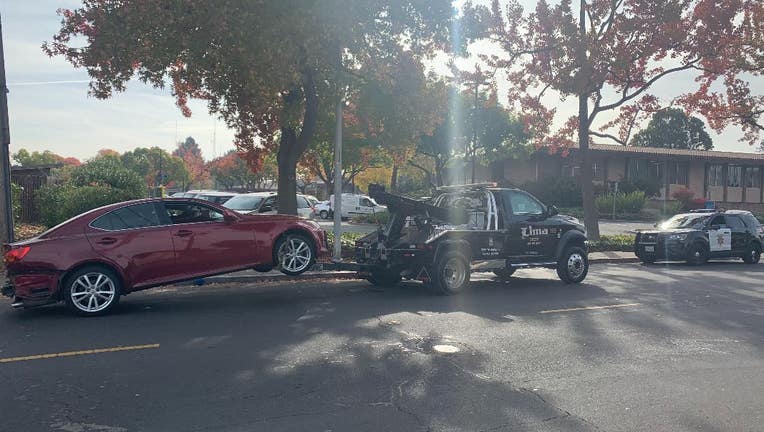 According to police, the suspect vehicle was doing donuts in the middle of the street near Monroe and Warburton. While trying to avoid responding officers, the driver hit a red Lexus with a woman inside.

She suffered non-life threatening injuries and was transported to a local hospital.

Both suspects were apprehended and charged with reckless driving, resisting arrest, and hit-and-run.