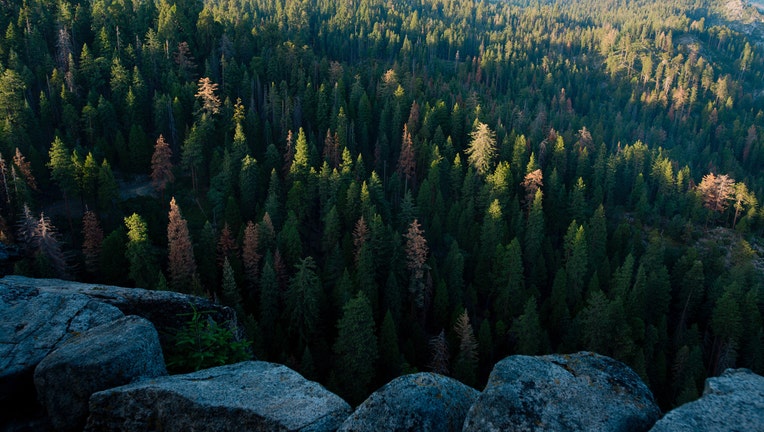 They were aboard a single-engine Beechcraft BE35 Bonanza that was reported overdue after departing from Visalia Airport in Central California on Friday, FAA and park officials said.

Search and rescue crews found the wreckage Saturday morning and confirmed two fatalities at the scene.

The plane crashed in a remote wilderness area near a wildfire that has burned 87 square miles of forest land.

It wasn't clear whether smoke from the fire was a factor in the crash. The cause was being investigated by the FAA and the National Transportation Safety Board.

The plane was heading to Needles Airport in San Bernardino County when it crashed, said park spokeswoman Sintia Kawasaki-Yee.