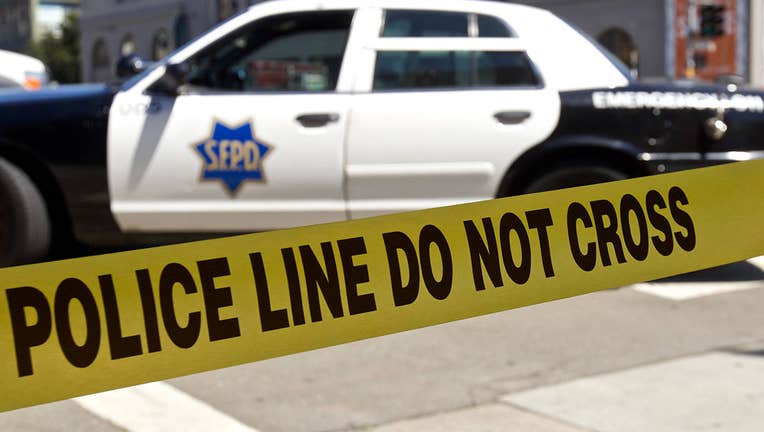 SAN FRANCISCO - A victim has been identified in Thursday's San Francisco daytime triple shooting where one person was killed, officials say.

A 27-year-old Suisun City man died and two other men were injured in the Mid-Market, Tenderloin area.

The city's medical examiner's office identified Kenny Reed as the man who died at the scene. Initial information from police said the victim was 30 years old.

A KTVU producer in the area heard five gunshots ring out at 4:48 p.m., followed by sirens and police who quickly responded to Market and Mason streets a minute later.

San Francisco police are at the scene of a shooting that left one person dead and two others injured.

Responding officers found three victims suffering gunshot wounds, including Reed and two other men, ages 26 and 32. They were taken to a local hospital with non-life threatening injuries.

There are no arrests at this time. Police did not say whether or not they had any suspect information.

SFPD cordoned off the 900 block of Market Street and the unit block of Mason Street during their investigation.