A 29-year-old father drowned Sunday at Blind Beach in Jenner. His two children, ages 4 and 6, are both missing and believed to be in the water. Allie Rasmus reports

JENNER, Calif. - A 29-year-old father drowned Sunday at Blind Beach in Jenner after a sneaker wave swept his two young children out to sea and he ran in to save them.

His two children, ages 4 and 6, are both missing and believed to be in the water. The mother is likely the only survivor.

"The kids got swept in, so Dad went in to get them and managed to grab his son but he, they were swept out and Mom was knocked to her knees, but she was able to get out," said Monte Rio Fire Protection District Chief Steve Baxman.

Shortly after 2 p.m., the Monte Rio fire protection district and surrounding first responders were dispatched to an ocean rescue at the beach, just south of Goat Rock and the mouth of the Russian River.

The fire dept was told that two children were seen in the massive waves.

People on shore were able to pull the father out of the water. Crews performed CPR, but it was too late. He was pronounced dead at the scene at 3:05 p.m.

California State Beach lifeguards patrolled the beach in search of the two children. 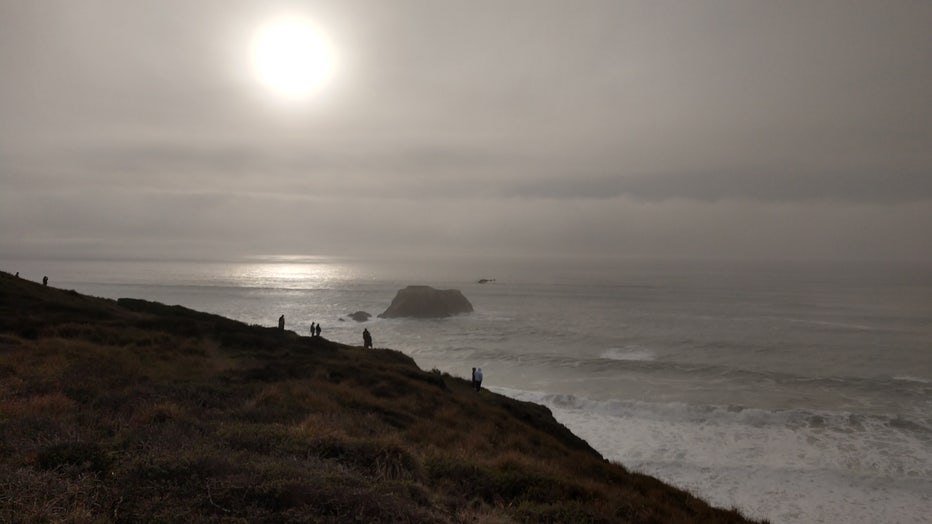