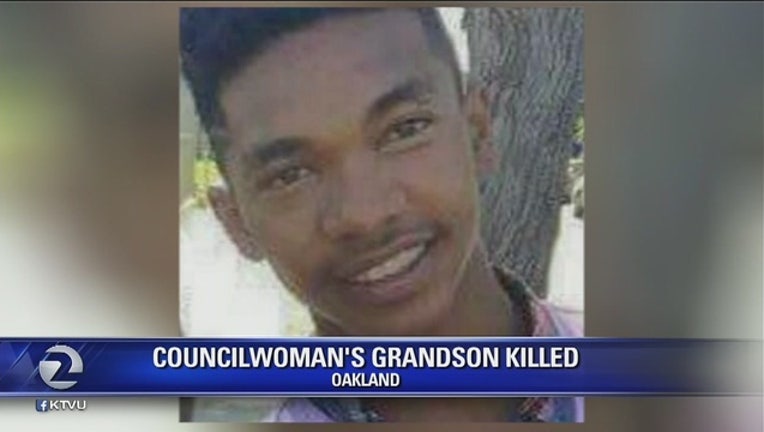 OAKLAND, Calif. (BCN) - A second arrest has been made in the fatal shooting of the grandson of Oakland City Council president Lynette Gibson McElhaney last month, police said today.

Shiheim Johnson, 19, was arrested last Thursday in connection with the killing of 17-year-old Torian Hughes, who was shot in the 900 block of Mandela Parkway at about 1:40 p.m. on Dec. 20, according to police.

Hughes, who briefly attended McClymonds High School and was in an independent study program as of December, died at a hospital shortly after the shooting, police said.

A 15-year-old boy, whose name is not being released because he is a juvenile, was arrested and charged in the case earlier this month.

Police did not immediately release more information about the arrest of Johnson, who is being held at Santa Rita Jail. His next court date is scheduled for Feb. 22 to possibly enter a plea, according to court records.