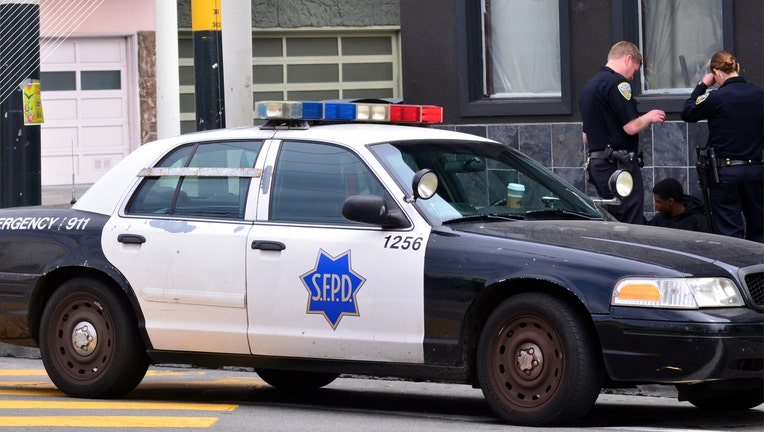 San Francisco police car SFPD for stories with crime or police as logo or placeholder. (Special to Bay City News/ChameleonsEye)

Officers responded to the shooting reported at 9:06 p.m. in the area of 24th and Mission streets and arrived to find the two victims.

The 30-year-old, whose name wasn't being released by the city's medical examiner's office as of Tuesday, was pronounced dead at the scene. The other victim was taken to a hospital and is expected to survive his injuries, according to police.

San Francisco police have not announced any arrest or released any suspect information in connection with the case. Anyone with information about the homicide is asked to call the Police Department's tip line at (415) 575-4444 or to send a tip by text message to TIP411 with "SFPD" at the start of the message. Tipsters can remain anonymous.