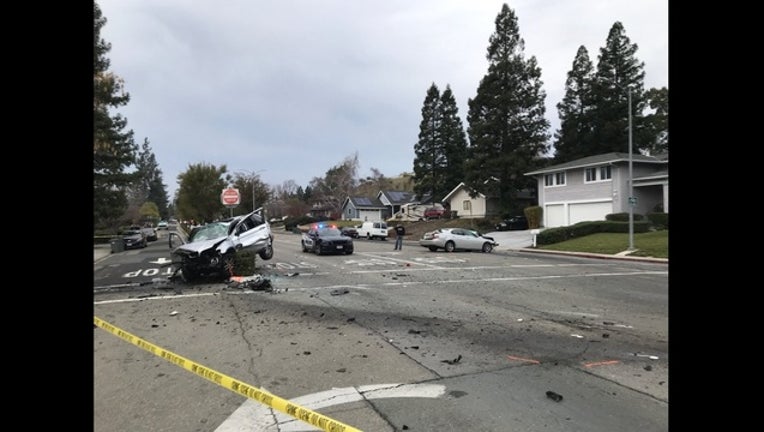 SAN RAMON, Calif. (KTVU/BCN) - Speed appears to have played a role in a collision that seriously injured four people this afternoon in San Ramon, police said.

The occupant of one vehicle was taken by helicopter to a hospital and three others were transported to hospitals by ambulance.

The damage to both vehicles was extensive.

Pistello said it does not appear that alcohol played a part in the collision but speed likely did based on the damage to the vehicles.

Police initially said that Alcosta Boulevard was closed between Stagecoach Road and Olympia Fields Drive but now say that was incorrect.