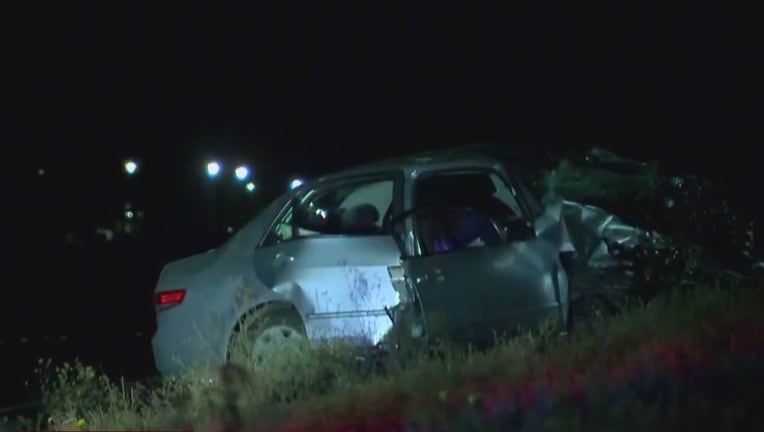 The four people killed in a head-on collision in Rio Vista this week have now been identified, revealing that two teenagers were among the victims.

Jordan Colvin, 20, Lacy Conway 19, and Erica Anderson, 18, were the three occupants of a Honda sedan that were killed in the Highway 12 collision, the Solano County coroner's office said Friday. Colvin resided in Vacaville, but authorities did not list the hometowns of the teens.

Laura Poiret, whose age and city of residence were not available, had been previously named as the person in the Chevrolet SUV who died. She was traveling with six family members who were vacationing from Mexico.

4 killed in head-on collision along 'notorious' highway stretch, police say alcohol may have been a factor

A family of seven was riding in an SUV that crashed head-on with another vehicle along Highway 12 in Rio Vista Wednesday night, killing four people. Police say not only is the stretch of highway notorious for wrecks, but that alcohol may have been a factor.

Authorities have said that open alcoholic beverages were scattered near the Honda, but have not yet determined if drunk driving contributed to the fatal collision.

The Honda's driver was traveling westbound on Highway 12 and veered off the roadway to the right before over-compensating and swerving across the center line into the oncoming Chevy Suburban, officials have said.