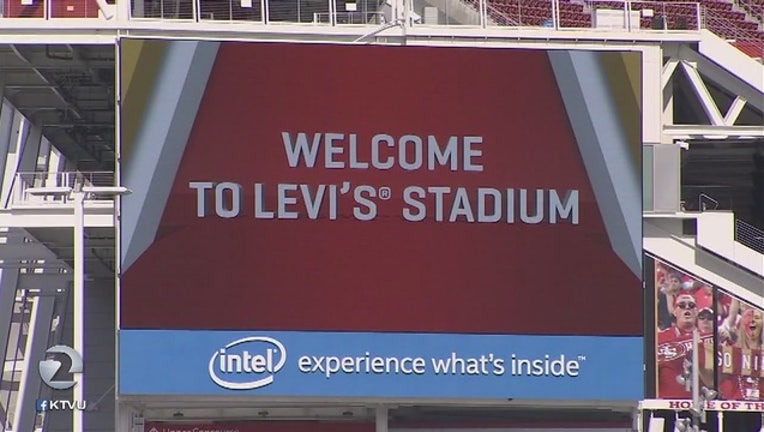 SANTA CLARA, Calif. (KTVU) - The latest development in the battle over rightful authority at Levi's Stadium events came on Friday when the 49ers filed suit against the City of Santa Clara and the Santa Clara Stadium Authority (SCSA).

On Tuesday, SCSA voted to end an agreement that allowed San Francisco 49ers to manage Levi's Stadium for events other than NFL events.

A 49ers spokesperson said the 10-page complaint for declaratory relief, filed in State of California Superior Court, was necessary due to public confusion caused by Mayor Lisa Gillmor, the city attorney, and City Manager Deanna Santana. The spokesperson wrote the aforementioned have a "misunderstanding of the Management Agreement."

49ers maintain they have brought over $22 million in profits to SCSA with high-profile events such as; Super Bowl 50, NHL Outdoor Stadium Series, Wrestlemania and concerts like the Rolling Stones, Beyoncé, and Coldplay.

The lawsuit claims the attempts by the city and SCSA to end the management agreement are not only false and unlawful, but are leading to misinformation.

"Already, declining revenue is a consequence of retaliatory restrictions like the Mayor's Music Ban that has artists bypassing the Bay Area and leaving local businesses, vendors, and residents to suffer," Rahul Chandhok, 49ers spokesperson said in a statement.

49ers Management Company said $10.6 million of the profits have gone directly to the city's general fund while attracting "hundreds of millions of dollars in positive impact to the region and increased Santa Clara's sales tax and tourism base."

In arguing their case earlier this week, SCSA had said the team did not comply with Measure J due to poor management. Measure J initially gave Santa Clara the authority to develop a stadium for football and other events.

Mayor Gillmor tweeted on Friday, "We terminated the 49ers non-NFL events agreement because we discovered fraud and wage theft. They mismanaged a public facility." She added that net profits have plummeted from $5 million to "zero" in two years.

The stadium authority also forced a $238,000 rent payment from the team in 2018 after the 49ers asked for a rent reduction in another legal battle between the two entities.