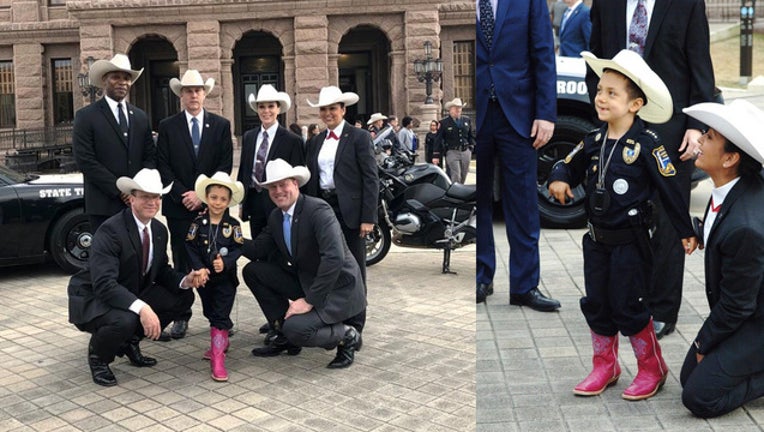 AUSTIN, Texas (FOX 26) - A brave 6-year-old girl battling cancer dreams of being a police officer. This month, she became the Freeport Police Department's youngest officer, and now she has another title on her resume: Texas Ranger.

Abigail Arias joined the ranks of the Texas Department of Public Safety on Monday.

"She is a true testament to what it means to be brave, and we were extremely proud to appoint Abigail to the position of Honorary Texas Ranger this afternoon. Her moral and physical courage serve as an inspiration to all Texans," DPS wrote on Facebook, sharing pictures of Abigail in front of the Texas Capitol.

While at the Texas Capitol, Abigail was also honored with a Senate Resolution recognizing Abigail for her bravery while battling Wilms tumor cancer.

Abigail was sworn in as an honorary police officer at the Freeport Police Department this month. Police officers, first responders and citizens watched as Abigail, wearing her own Freeport police uniform, took an oath to continue fighting the "bad guys" until she is cancer free.

FOX 26 reported this story from Houston.