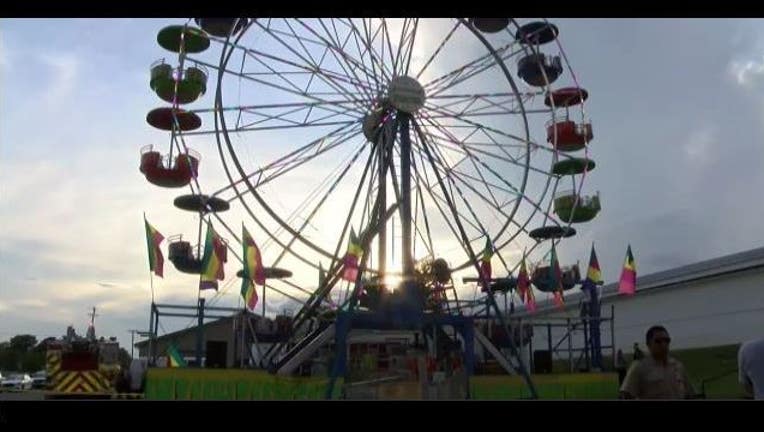 GREENEVILLE, Tenn. (AP) — One of three girls who fell from a Ferris wheel at a county fair in Tennessee suffered a traumatic brain injury and remained in critical condition Tuesday, a doctor said.

Dr. Bracken Burns, director of trauma services for Johnson City Medical Center, said the critically injured 6-year-old was in a seat with her 10-year-old sister and a 16-year-old female, who were both in stable condition.

Greeneville Police Capt. Tim Davis said the three fell 30 to 45 feet on Monday night at the Greene County fair when their seat flipped over.

Asked about reports that the seat was rocking before it flipped, Davis said police have not been able to confirm that but they are still interviewing people.

Davis said no one interviewed by police on Monday indicated that they saw the seat rocking.

He said police are continuing to investigation but won't have further information until third-party investigators complete their inspection of the Ferris wheel.

"We have no idea how these machines function," he said "We have to wait for the inspectors to get here and to actually look at the device and see if they can determine if it was mechanical in nature or something else."

Bobby Holt, acting president of Greene County Fair Board, said all rides operated by Family Attractions Amusement company were closed afterward and won't reopen until a third-party inspection is complete and approved by state and fair officials.

He said the fair board also is hiring its own third-party investigator.

"Our thoughts and prayers are with the three individuals and their families," he said.