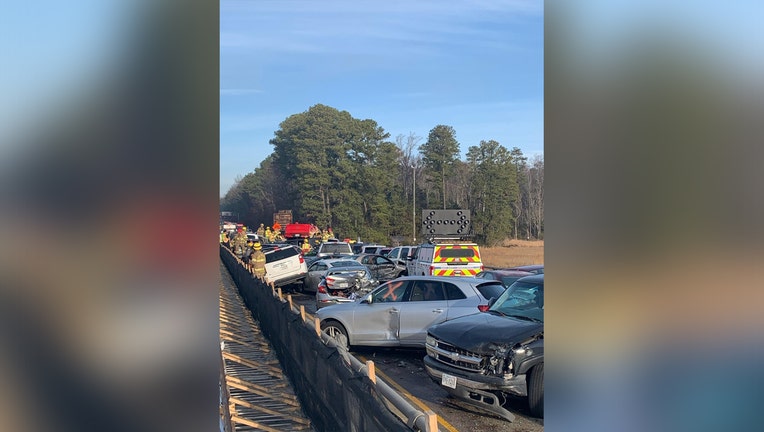 Many are in critical condition after a 35-car pileup Sunday morning on Interstate 64 in York County, Va.

YORK COUNTY, Va. - UPDATE (3:32 P.M.): Virginia State Police say 69 vehicles were involved in the crash. 51 people were treated and taken to hospitals. Two of those victims had "major" injuries. All lanes have now reopened.

UPDATE (11:48 a.m.): Officials say they took 35 people to the hospital after this crash. 63 cars were involved. Check back later for updates.

It happened at 7:51 a.m. near the Queens Creek exit in York County. The crash shut down both ways of the interstate, which police warn will be closed "for an extended period of time."

A viewer sent Fox 5 a photo of the aftermath.

Police say they're investigating the cause of the crash. Officials are rerouting traffic.

Here's another pic from the local sheriff's office: 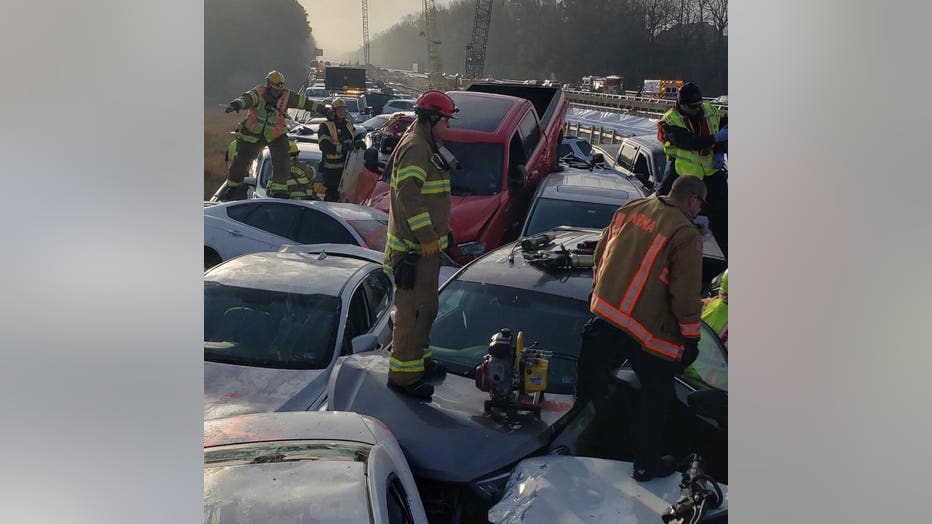