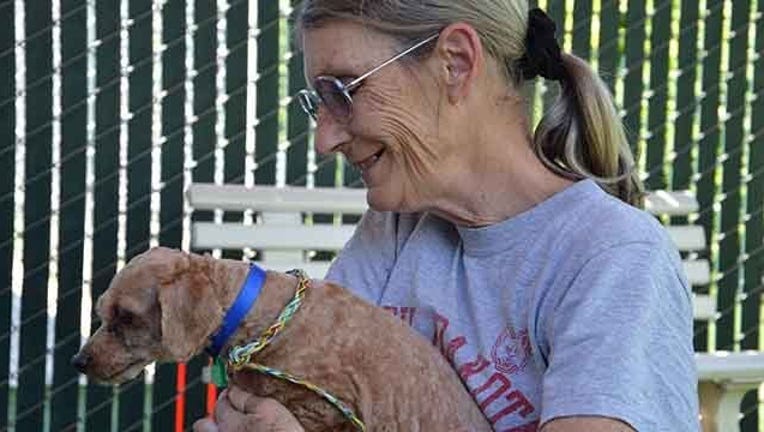 SACRAMENTO, Calif. (KTVU) -- A total of seven dogs rescued from a dog meat farm in South Korea were adopted this week at the Sacramento and San Francisco SPCA's.

The dogs were among a group of 60 rescued by Humane Society International. The dogs were brought to the Bay Area with the aim of finding forever homes.

One of the dogs that was ready for adoption Thursday has not yet found a home. According to Sacramento SPCA, Caramella, a Chihuahua mix, needs a home that will take the time and have patience in helping her socialize and learn to live with humans.

Forty-four other dogs, which were taken to Sacramento SPCA, are being put into foster care to get more socialized in hopes of becoming ready for adoption.

When the dogs were rescued, Humane Society International, the international affiliate of The Humane Society of the United States, worked with the farm owner in South Korea to remove the dogs from the farm's miserable conditions as the facility closed its doors for good. The dogs began arriving in the Bay Area on March 16, taking a major step towards starting new lives.

Adam Parascandola of Humane Society International, who led the rescue, witnessed the dire conditions the animals lived in at the farm.

One of the disturbing twists to the story is how the SPCA says the dogs would have been killed - by electrocution or by being strung up and hung until dead.

Parascandola told KTVU he witnessed some dogs being killed.

"You can see the guy pick up the electrocution stick. You can hear the dog screaming," he said.

But he also convinced the farmer to hand over the remaining dogs and close the farm.

"He really had a desire to get out of the trade and into something else," said Parascandola.

As part of the plan, the farmer signed an agreement to shut down the property and move into a permanent, humane trade in crop farming. HSI provided assistance to make the transition possible and plans to follow the farmer's progress to ensure compliance.

Parascandola says there's a belief among some living in South Korea that dog meat is beneficial for one's health. He says in order to support the industry two million dogs are killed every year.

"It's not legal and it's not illegal. It's a tricky spot, because they are not officially recognized as a food product," Parascandola said.

Humane Society International spent $36,000 to rescue and fly the dogs, of all different breeds, to San Francisco.

"Many of them are shy, but we're confident most can live happily in the Bay Area," said Dr. Jennifer Scarlett, co-president of the SF SPCA

HSI is working to reduce the dog meat trade in Asia, including South Korea where dogs are farmed for the trade - and where the 2018 Winter Olympics will be held. The organization plans to work with other dog farmers who agree to get out of the inhumane dog meat trade permanently and transition into trades like crop growing.

Parascandola knows it's just one farm and many more need to be shut down, but he is happy in the knowledge that farm is now just a home to empty cages.

"I love seeing the dogs here, but to see those empty cages would have made my week," said Parascandola