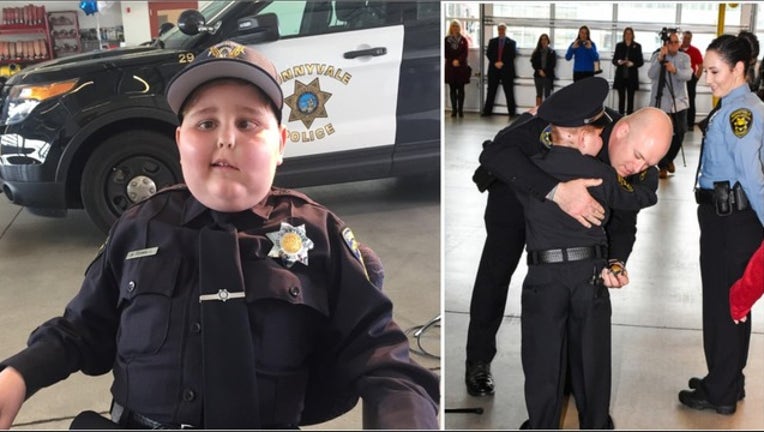 (KTVU) - A seven-year-old honorary Sunnyvale police officer, who was sworn in wearing a special-sized uniform last March, has died.

The South San Jose native had dreams of becoming an officer, like his uncle, and loved to boat and fish. He was just a kid growing up before his October 2017 diagnosis.

Sunnyvale officials brought Myles on with the department’s motors unit. He posed with the chief and then issued his first speeding ticket minutes after it became official. In a heartfelt Twitter post, officials relieved Myles of his duties.

“Officer Myles Timothy O’ Connell, your tour of duty is through, you gave as much as anyone could be expected to,” the department wrote in a post. “You’ll forever live in our hearts. Until we meet again.”