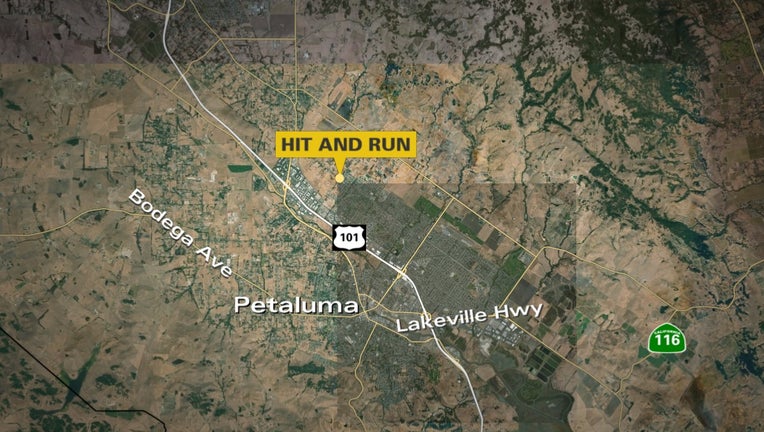 PETALUMA, Calif. - A hit-and-run crash Thursday evening left a 70-year-old bicyclist with major injuries near Petaluma, according to the California Highway Patrol.

The Petaluma man was riding northbound on the right shoulder of Ely Road, north of Corona Road, about 8:30 p.m. when he was hit by a vehicle that was also headed northbound, the CHP said.

The area is in unincorporated Sonoma County near Petaluma.

Before he was taken to a hospital with major but non-life-threatening injuries, the bicyclist told officers that the suspect car might have been an Audi SUV.

The CHP found several vehicle parts strewn along the right shoulder of the road, including a gray side-view mirror as well as a piece of the grille.

A preliminary search of the parts' serial numbers may indicate the hit-and-run vehicle was a late model Audi Q5 or something similar, the CHP said.

Any witnesses to the crash or anyone with information about are asked to call the Santa Rosa CHP office at (707) 588-1400.