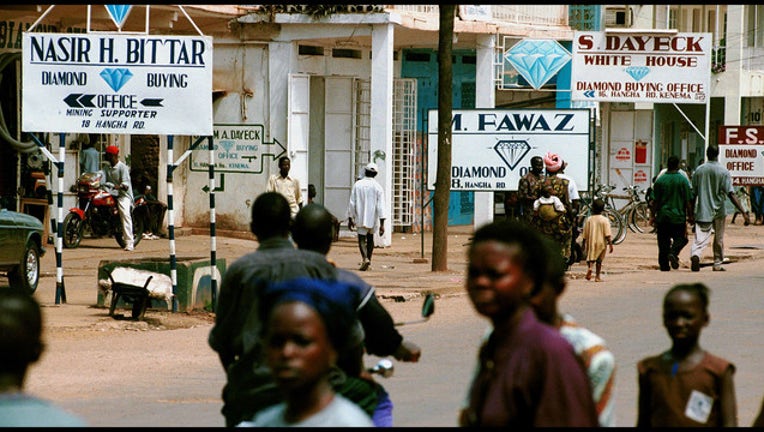 390984 05: (FILE PHOTO) The downtown of Kenema, Sierra Leone is lined with diamond merchants June 15, 2001. Muslim militant Osama bin Laden's al Qaeda network has collected millions of dollars in the past three years from the illicit sale of diamonds

FREETOWN, Sierra Leone (AP) - Officials say a 709-carat diamond found in Sierra Leone has been sold for more than $6.5 million.

The diamond is said to be the 14th-largest ever discovered, according to the Rapaport Group, which auctioned the stone in New York on behalf of Sierra Leone's government.

The company says 59 percent of the money will go to the government of the West African nation, while 26 percent will benefit the artisanal diggers who found the diamond. Its discovery in March caused a sensation.

The Rapaport Group has dubbed the stone the "peace diamond" and says its sale "will provide vital lifesaving infrastructure to the area where the diamond was found."