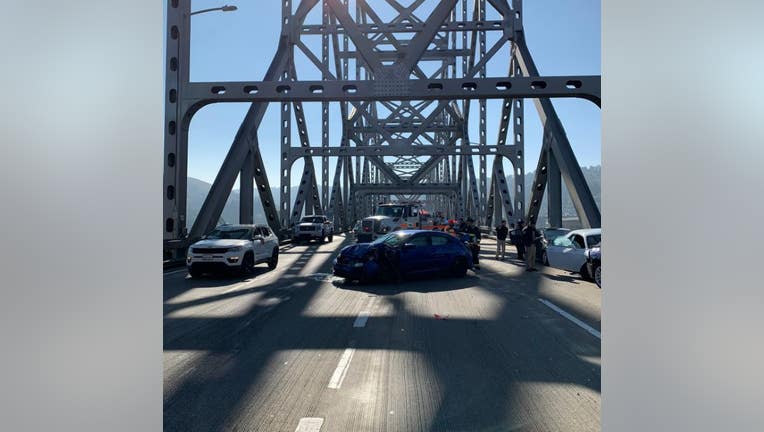 CROCKETT, Calif. - Up to eight cars were involved in a multi-vehicle crash Thursday morning on the Carquinez Bridge, snarling traffic for Thanksgiving Day travelers.

The Crockett-Carquinez Fire Department shared photos of the traffic tie-up on the eastbound span of Interstate 80 entering Solano County about 11 a.m.

Several lanes of traffic were blocked and the California Highway Patrol had been called to assist.

Despite the outward damage to the cars, the fire department said just two patients transported to local hospitals.

It wasn't immediately clear what started the chain reaction.

Crews began clearing away the scene before noon, but drivers were told to expect delays.

Traffic stretched as far back as Highway 4 in Hercules.

Motorists were seen taking the Benicia Bridge as an alternate. 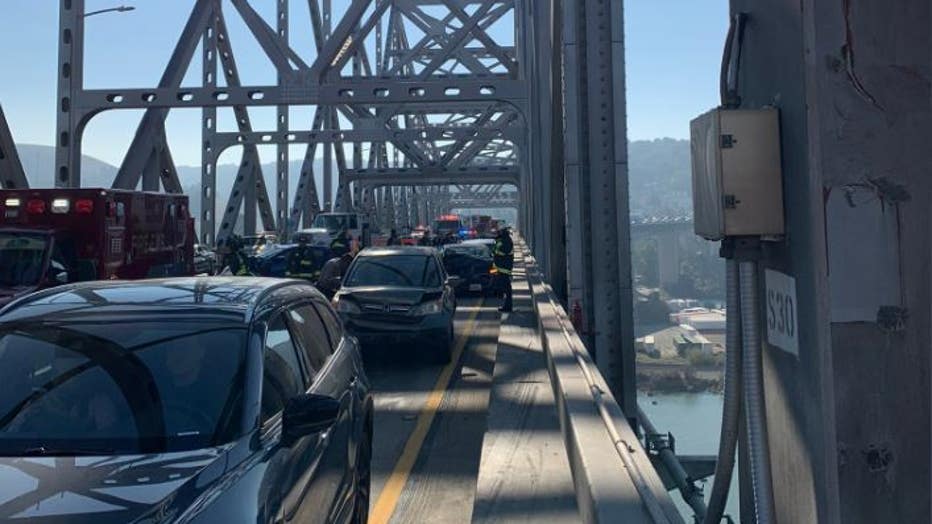