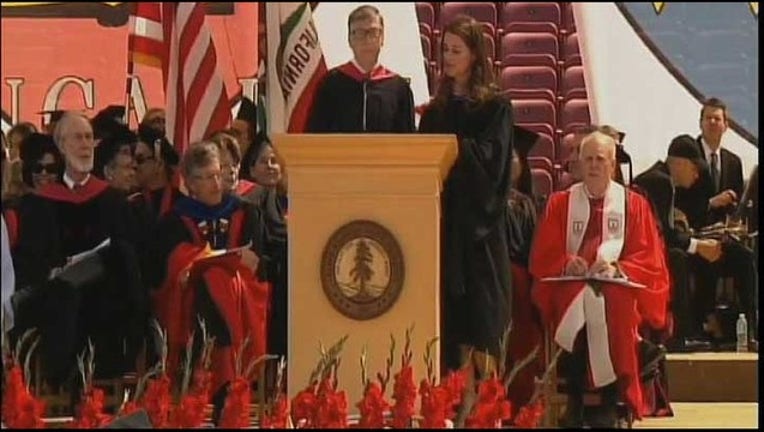 STANFORD, Calif. (AP) -- Bonnie "Chuck" Gould got a master's degree in education from Stanford University in 1954, but it wasn't until this week that the 93-year-old formally graduated.

Gould attended commencement ceremonies Sunday, receiving a standing ovation from the 208 other Graduate School of Education graduates when he took the stage, the San Francisco Chronicle reported. His family, including his wife, 10 grandchildren and 13 great-grandchildren, were also on hand.

"I tried to get him to go to this all those years ago, but we had the children and he had the work and he was so devoted," his wife, Margaret Gould, said as she watched him walk across the stage. "But now, my heart is pounding. I am so excited. It's like me up there."

Gould didn't walk in the 1954 ceremony in part because he was busy teaching elementary school and raising four children.

And as the years went by, it didn't seem like a priority, he said.

"Back then, I thought other things came first," he said.

Gould went on to become superintendent of the Redwood City School District. But the fact that he never attended his graduation continued to nag him.

Then a family member, Crystal Sturgis, who is putting together a history of Gould, contacted Stanford.

"To have someone who's had such a remarkable career and who contributed so much locally -- well, it was a no-brainer that we would want to celebrate him," said Eamonn Callan, associate dean of student services.