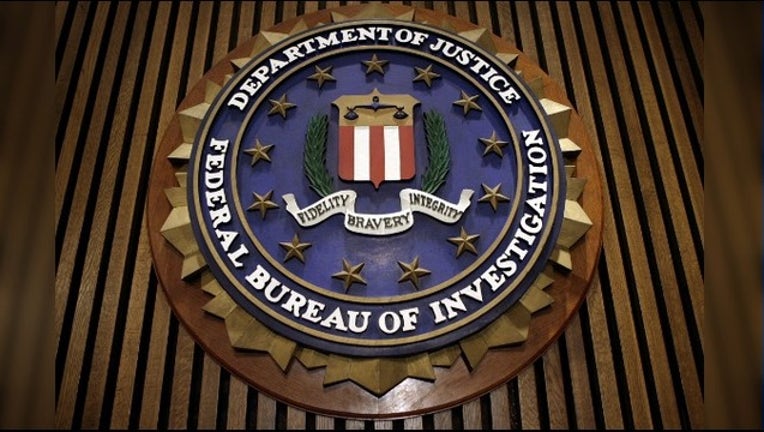 File photo - The American Civil Liberties Union and others are suing the FBI for records to find out more about a divisive 2017 report on the rise of black extremists (Photo by Chip Somodevilla/Getty Images).

SAN FRANCISCO (AP) - The American Civil Liberties Union sued the FBI on Thursday for records related to a divisive 2017 report that said black extremists were on the rise following the shooting deaths of several African-Americans.

The lawsuit filed in U.S. District Court for Northern California names the Federal Bureau of Investigation and the Department of Justice. The ACLU and its foundation were joined by the Center for Media Justice, based in Oakland, California, as plaintiffs.

The lawsuit stems from an intelligence assessment released by the FBI in 2017 that said "black identity extremists" were targeting law enforcement after police killings of black men. At the time, the agency said it doesn't target specific groups and noted the report was one of many.

But the report alarmed civil rights activists who remember a time when the U.S. government targeted and harassed black people and black-led organizations.

"The public deserves to know whether the FBI is wasting valuable resources to target those who object to racism, police violence against Black people, and injustice in America," said Malkia A. Cyril, co-founder and executive director of the Center for Media Justice, in a statement.

FBI spokeswoman Tina Jagerson said Thursday that the agency does not comment on pending litigation.

The FBI said that the requests lacked "enough descriptive information to permit a search."

Nate Jones, director of the FOIA Project of the National Security Archive at The George Washington University, said the FBI "goes out of its way" to conduct bad and incomplete searches when faced with a regular records request.

"They follow the law when they're sued," he said.