GILROY, Calif. - Authorities say one Gilroy Road may be closed for up to four days following an explosion Monday that injured one man and the discovery of additional explosive making materials, according to the Gilroy Police Department.

Gilroy fire and police responded to reports of an explosion at 2:20 p.m. on the 1700 block of Mantelli Drive. A 53-year-old man involved in the explosion suffered “traumatic injuries” to his hand and was transported to the hospital by a relative.

Neighbors say the loud blast rocked the quiet hillside community. One woman identified the victim as a 53-year-old machinist named Darren Darrell, though police have not identified the man involved.

'He is a good guy. He's not trying to hurt anybody. He's not a terrorist," said neighbor Anna Smith. "He just messes around with little explosive things that sound worse than it is. But he didn't mean any harm."

On the scene, responding officers discovered the explosive materials and called in the Santa Clara County Bomb Squad, as the crew could not identify the potentially dangerous items.

“We’re not sure at this point what kind of explosives--whether they’re fireworks or more serious types--so the bomb squad was called out,” said Gilroy police Sgt. John Ballard.

Ballard described the discovery as “precursor materials” for additional explosives and said it’s unknown if they were used in Monday’s explosion. A search warrant was obtained for the house and the scene is being methodically processed by a bomb squad and crime scene investigators, he said. 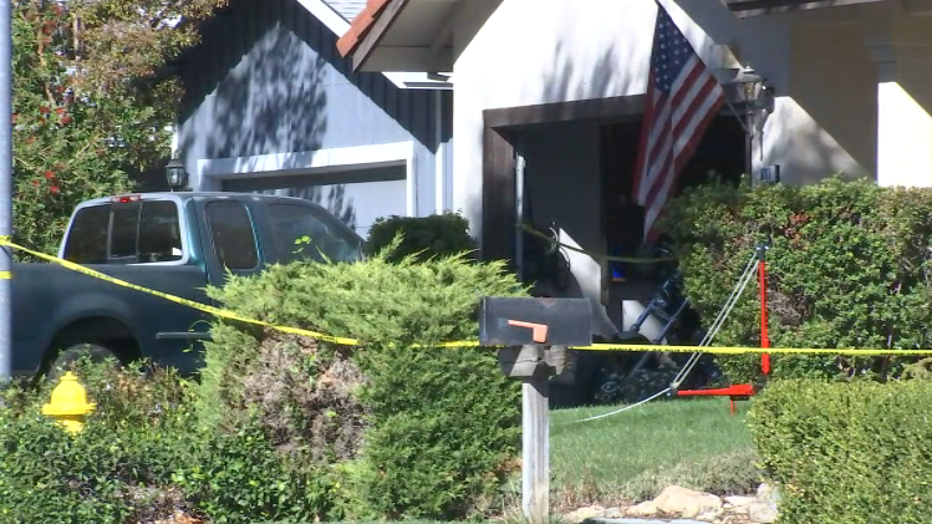 Investigators comb through a Gilroy residence following an explosion that injured one man and led police to explosives-making material. Photo: Jorge Bustos/KTVU

San Jose State University lecturer Daniel Goodrich is a senior security scientist with expertise in explosive devices. He says detectives will try to recreate the device to learn what it was, and why it exploded.

“They’re initially going to try to figure out what the scale of the device was. So they’re going to turn around and do a quick sweep to try and find what the outer perimeter of the debris field is,” said Goodrich. “They’ll reconstruct the device. They’ll literally pick all of the pieces they can find out from the debris field and it’ll bring them back together again. And they’ll recompose the device.”

He said investigators will take added time due to precaution because there could be more explosive devices at the scene.

As of Tuesday afternoon, no criminal charges have been filed, but Ballard said that may change in the coming days if officials discover any illegal items were used during the explosion.

The blast occurred in a structure behind the residence and there was only one injury, officials said.

Police are asking the public to avoid the area. Mantelli Drive is closed between Learnard Way and Ranch Hills Drive and it may remain closed for one to four days.

“It’s a very slow, methodical process because we’re dealing with possible explosives,” said Ballard. “It could be as minor as someone making homemade fireworks to something more sinister, but we don’t know at this point.”