SACRAMENTO, Calif. - A former mayor in California who gained national attention for running the country's highest-profile experiment with a guaranteed income is joining Gov. Gavin Newsom's administration as an unpaid special advisor.

Michael Tubbs, the 30-year-old former mayor of Stockton, will be a special advisor for economic mobility and opportunity. He'll also join the governor's Council of Economic Advisors.

"I can think of no one more dedicated or better equipped to make recommendations to my team and help lead outreach efforts to increase opportunity and entrepreneurship to reduce poverty in California," Newsom said in a news release.

Raised by a single mother while his father has been in prison for most of his life, Tubbs landed a scholarship to Stanford and later was an intern in the Obama White House. He returned to Stockton and was elected to City Council at age 22. He was elected mayor in 2016 at 26, becoming one of the youngest mayors in the country.

He immediately made national news, announcing a privately funded program to find out what happens when 125 low-income people get a guaranteed income of $500 per month for two years. The results of the first year, released last week, showed most people used the money to pay off debt and land full-time jobs.

Tubbs was the subject of an HBO documentary and seemed destined for higher office one day. But the political world was shocked when Tubbs was not reelected in November, losing to Kevin Lincoln, a Republican and former Marine who like Tubbs had also returned to Stockton after a stint in Washington. 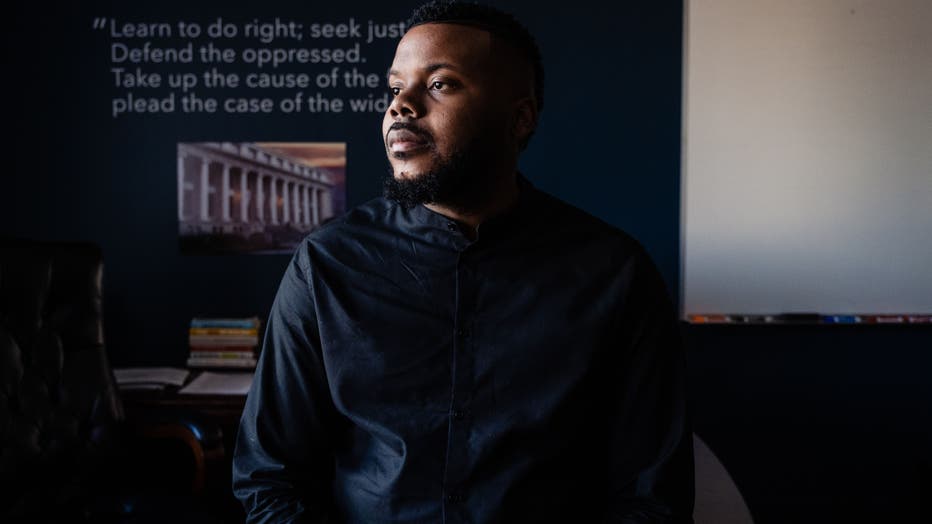 Michael Tubbs, Mayor of Stockton, poses for a photograph at his office in Stockton, California on February 7, 2020. - Mayor Tubbs with the help of the Stockton Economic Empowerment Demonstration implemented an18 month trial of Universal Basic Income

Political observers have been waiting to see what Tubbs does next. Tubbs said he had other opportunities, including a return to Washington. Instead he chose to stay in California and work with Newsom, who will likely face a recall election later this year fueled by anger over his handling of the pandemic.

"This recall is utter nonsense. It's a distraction from the work that's been done," Tubbs said, citing Newsom signing a bill to give $600 payments to Californians with low and moderate incomes and a program that has renovated hotel rooms for the homeless. "I was really excited about sort of joining in the middle of a conversation about what type of California do we want to live in."

Tubbs said the job is unpaid because he needed flexibility to work on other projects. He has a memoir scheduled to be published later this year. And he's continuing to work with Mayors for a Guaranteed Income, a group of 40 mayors advocating for guaranteed income programs. He said about six local programs are expected to be up and running by the end of summer.

A bill pending before the California Legislature would offer a guaranteed income to children who age out of the state's foster program. But Tubbs said his goal is to have the federal government adopt a guaranteed income program at a massive scale, which some estimates have pegged could cost nearly $3 trillion.

"I think the data speaks for itself," Tubbs said, adding he plans to work with cities to adopt smaller programs "to really build the case."

As for his political future, Tubbs said he has always viewed politics "as a means to an end," saying he's not "wedded to serving in political office."

"I'm really motivated, not by position but by the mission of increasing opportunity for all Californians," he said.