Lam Hong Le and his supporters fear that on Monday he will be deported when he checks in at the San Francisco ICE office . Rob Roth reports

OAKLAND, Calif. - EDITOR'S NOTE:  ICE contacted Long Le Lam prior to his June 7, 2021, deportation check-in and pushed back his next check-in until September.

As a Vietnamese refugee, Lam Hong Le escaped his native country with his brother to find a better life.

But he got separated from his parents, lived with abusive sponsor parents in Los Angeles, and more than 20 years ago, ran away, lived on the streets and joined a gang.

He described getting caught up in a "cycle of violence that dominated" his life. And ultimately, he was convicted as a youth offender for murder.

He served 32 years in San Quentin Prison and was released in 2019.

At the time, the California Department of Rehabilitation and Corrections system alerted ICE that he was out, and Le has been told to check in every six months with federal immigration agents since then.

But he and his supporters fear that on Monday he will be deported when he checks in at the San Francisco ICE office because this time, officials asked him for his passport, which is a new request and which he doesn't own. Police critics, however, say that they feel caught in the middle between California's sanctuary laws and helping their federal partners.

Le is aware of the controversy, but in the end, he does not want to return to a country that he and his family fled in 1979.

At the age of 52, the Oakland resident now holds down a job as an essential worker at a San Francisco homeless shelter. He has become a devout Christian and has educated himself. He is now vowing that he has transformed his life.

"I left Vietnam when I was 12 years old," he said through his advocates. "If I am sent back to Vietnam, I will have nobody. When we leave the country, even as children, the Vietnam government thinks we are traitors. You are not to be believed because you are influenced by a democratic country and not to be trusted. If deported they will follow you and keep an eye on you and if you make any mistake they may say you are a traitor. They will bring me in for ‘interview,’ question me, torture me and say that I got sick and died." 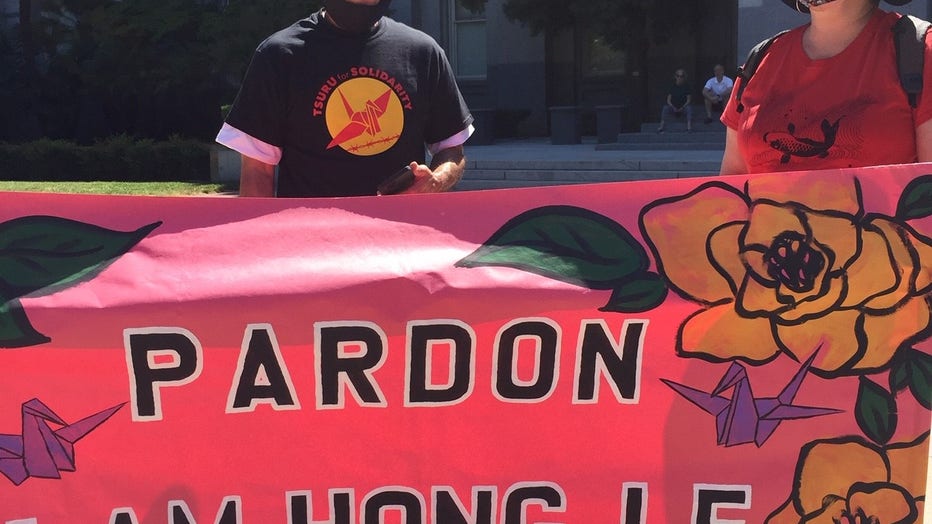 Lam Hong Le, who works in an Oakland homeless shelter, is seeking a pardon from Gov. Newsom. June 4, 2021

Supporters held a rally Thursday in Sacramento to demand that Gov. Gavin Newsom issue Le a pardon, just like he did to 14 others last week, including two formerly incarcerated firefighters, who have similar life stories to Le.

Tsuru for Solidarity has already gathered over 1,400 signatures on a petition asking for this pardon.

Advocates from the group -- Tsuru for Solidarity, Southeast Asian Resource Action Center, the Sacramento Immigration Coalition, the Interfaith Movement for Human Integrity and Detention Watch Network -- also want lawmakers to pass the VISION ACT, a bill that would close a loophole that currently exempts California's prison system from the state's sanctuary law. The bill is sponsored by Assemblywoman Wendy Carillo (D-Los Angeles.) The Assembly passed the bill 42 to 17 on Thursday. It's now headed to the Senate.

His supporters brought 20,000 origami cranes to catch eyes and turn heads at their request.

They are trying to shed light on the fact that despite the 2008 U.S.-Vietnam agreement to not deport refugees who arrived in the U.S. before July 12, 1995, people like Le are in fact being deported.

The bill has formal criticism from the Peace Officers Research Association of California.

"PORAC cannot support a state bill that forces our state's public safety officers to stand by while our federal counterparts are injured or killed in the performance of their duties," the association wrote in opposition to the bill.

"This proposed legislation puts local law enforcement in a no-win situation, having to choose between state and federal laws,"  PORAC wrote.

But Le's advocates said cooperating with the federal government to send people back to countries that might abuse and torture them, or where they might not have any friends or family is not right.

And in a statement, Le's advocates added that the "targeting, seizure and deportation of Southeast Asians by ICE is an act of anti-Asian violence that is cruel and inhumane."

"Community members like Lam, who have served their time for past mistakes and rebuilt their lives in this country should not have to live each day in fear, not knowing if or when they will be separated from their families and communities," said Mandy Diec, director of the Southeast Asia Resource Action Center in California. "Criminal deportation for Southeast Asians is an echo of past trauma and struggle. Our leaders need to acknowledge the role of the U.S. in historic refugee crises and injustices in the prison-to-deportation pipeline, and provide immigration relief through increased clemencies and policy reform." 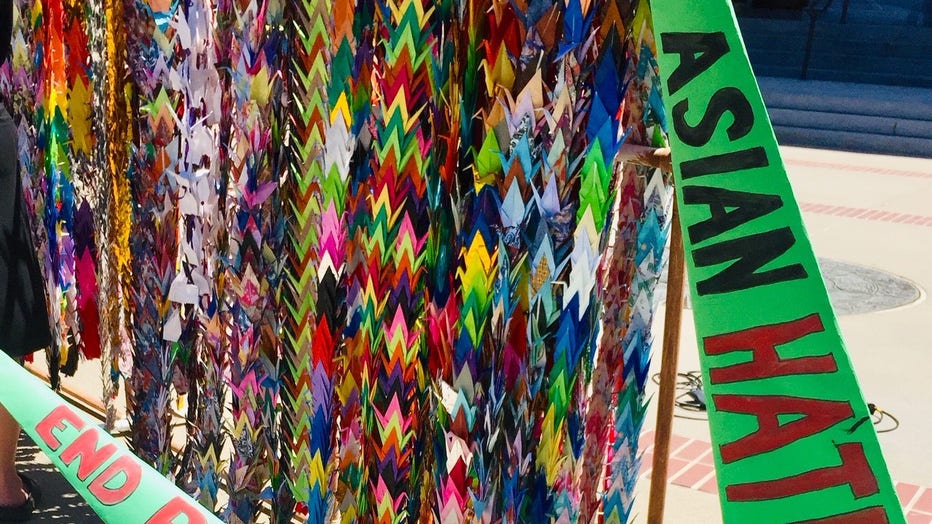 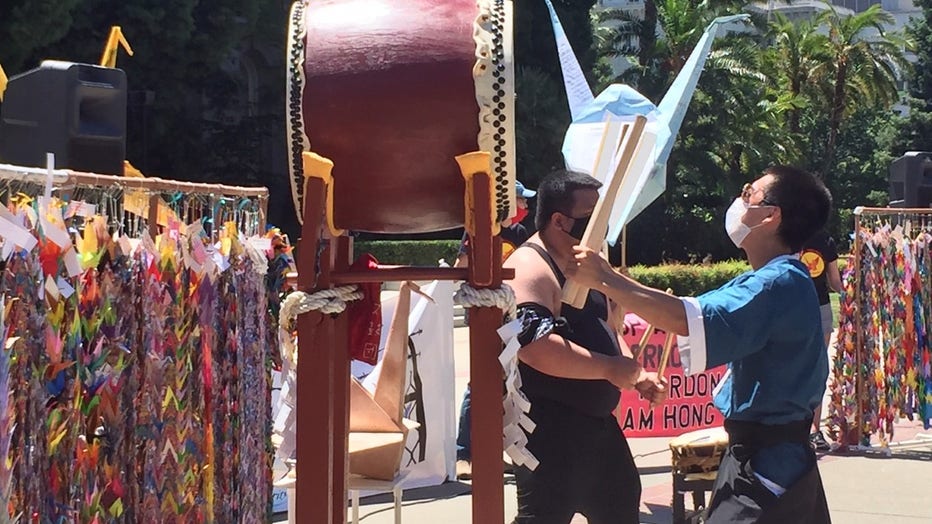 Supporters beat drums in Sacramento to seek a pardon for Lam Hong Le, a Vietnamese refugee who lives in Oakland. June 4, 2021