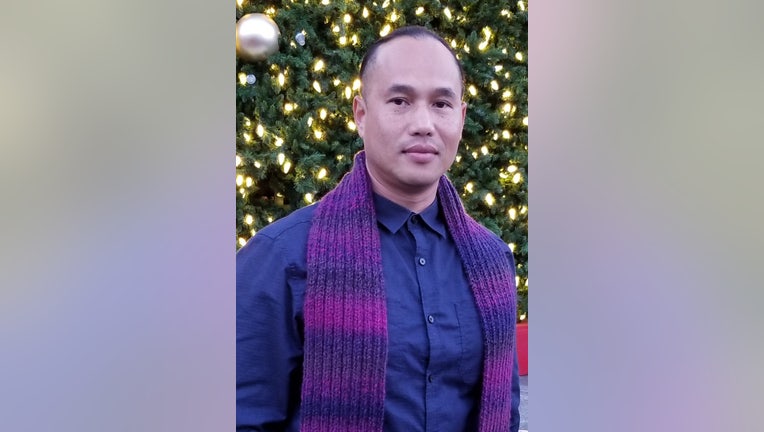 OAKLAND, Calif. - An Oakland committee has voted to support closing key loopholes in California's sanctuary law, which would essentially prevent all state agencies, including the prison system, from cooperating with and turning over immigrants to federal immigration agents.

In a unanimous vote on Thursday, members of the Oakland Rules and Legislation Committee threw their support of a state bill known as the Vision Act, or AB 937, authored by Assemblywoman Wendy Carrillo (D-Los Angeles).

The bill aims to ensure that once a person has earned their release from state or local custody, they are not transferred to ICE detention.

Angela Chan, policy director and senior staff attorney at the Asian Law Caucus, said the current sanctuary law passed three years ago is very complicated with more than 800 exceptions for allowing some type of cooperation with Immigration and Customs Enforcement.

The Vision Act would replace those complicated exceptions with a "clean bright-line rule," she said.

"Immigrants should be treated the same as non-immigrants," Chan said. "When someone finishes their sentences or earns parole, they should be allowed to go home with their families and contribute to their communities, just like anyone else. Deportation does not increase public safety and does not make our community safer."

She pointed out that ICE can still pick people up and deport them, but it means "California isn't bending over backward to single out immigrants and turn them over to ICE."

Since 2018, local sheriffs and jail supervisors were told not to cooperate with ICE if the offender wasn't convicted of a serious crime. San Francisco, Santa Clara, Los Angeles, San Joaquin, Santa Cruz, Humboldt, and Contra Costa counties have stopped all ICE transfers, according to Chan.

But in the current version of California's landmark "sanctuary law," the state's prison system, the California Department of Corrections and Rehabilitation, was exempt from participating in SB 54.

Brian Hofer, executive director of Secure Justice, explained that there was a lot of political lobbying before the sanctuary law was passed and the prison guard's union, as well as the police chiefs and sheriff's associations, fought hard to exempt prisoners.

He spoke at the committee meeting, saying that people who serve their time in prison should not be "doubly punished" by getting scooped up by ICE and deported the moment they finish their sentence.

The full Oakland City Council will vote on the matter on Tuesday. San Diego County is the only other jurisdiction that has also supported the bill. San Francisco is considering the matter soon and is expected to support the resolution.

So far, the bill has passed its first hearing and is set to be heard again on Tuesday in Sacramento.

Assemblymen Tom Lackey and Kelly Seyarto, both Republicans, opposed the bill at the most recent committee hearing. Neither lawmaker responded for comment.

In a statement, ICE wrote: "U.S. Immigration and Customs Enforcement (ICE) does not comment on proposed legislation."

A spokeswoman for the prison system also said she wasn't allowed to comment for the same reason.

However, many critics of sanctuary laws feel that undocumented immigrants, especially those who commit serious and violent crimes, have lost their rights and privileges to live in the United States and should be sent back to their home countries, even if they've served prison sentences and fled war-torn countries where they were persecuted.

The Trump administration sought to throw out California's sanctuary laws. But last summer, the Supreme Court rejected that bid.

According to a group called "ICE out of California", the state prison system transferred 2,800 immigrants to ICE in 2019 and 2020.

Borey "Peejay" Ai, 40, and Danny Thongsy, 42, who both now live in Oakland, were transferred to ICE custody the moment they finished serving prison sentences. Each was convicted of second-degree murder.

Each has a similar story: Their families fled the Khmer Rouge in the 1980s, and made their way to Stockton, where they lived in impoverished neighborhoods, were bullied and said they joined gangs to protect themselves.

Thongsy has since been paroled and pardoned by Gov. Gavin Newsom and as far as he knows, is now free from being deported.

He was picked up by ICE in 2016 but was not deported to Cambodia, which wouldn't issue him travel documents.

That means where he will live is in limbo, and for now, he lives as a community activist in Oakland.

In prison, he worked to rehabilitate himself and he is now gainfully employed as the community advocate for the Asian Prisoner Support Committee, attended many self-help classes and was a youth mentor for many years. He also completed his 19-year prion sentence and felt he has paid his debt to society.

He realizes that there will critics who feel that it's not fair that he gets to stay in this country.

To them, he said: "I made a mistake a very long time ago when I was young. I don't think it's fair to be judged by only that mistake."