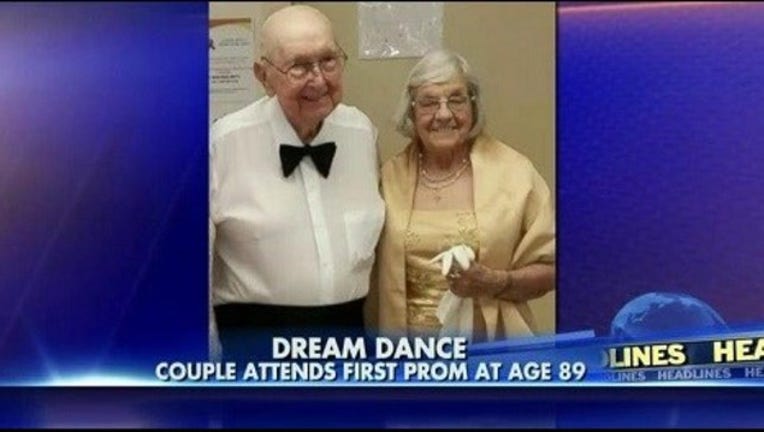 89-year-old Ralph Wozniak never had the chance to take his wife, LaVerne, to prom.

Back in 1944, he enlisted in the Marine Corps and was deployed overseas during World War II.

He missed prom again for a second time after being deployed overseas to fight in the Korean War.

"That really put the snap on it that I wasn't going to go to any prom," he said.

After the Florida couple watched their four children all attend prom, Ralph questioned, "Why the hell couldn't we go to the prom?"

Thanks to the Hillsborough County Aging Services, which hosted a Senior Prom, the couple's dream finally came true.

And to top it all off, Ralph was selected as prom king.

"To be chosen as the king. That was even a plus sign," Ralph shared.

LaVerne said, "I got out of my line and gave him a kiss because I said, ‘That's my husband, that's the king.'"