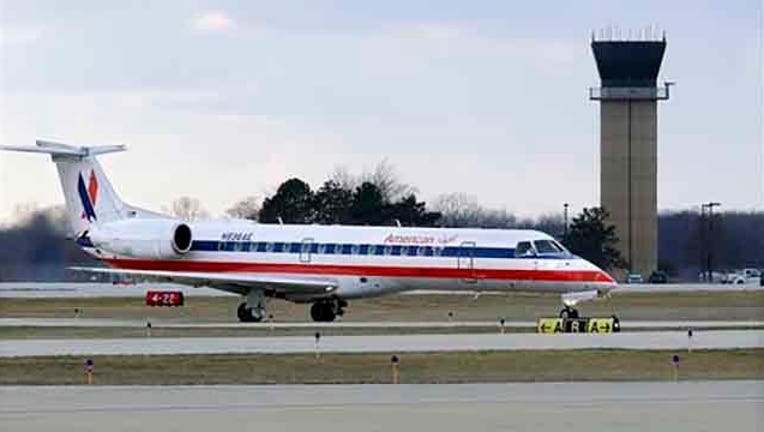 DALLAS (AP) — Think flying is getting worse? A pair of university researchers who track the airline business say it's a fact.

More flights are late, more bags are getting lost, and customers are lodging more complaints about U.S. airlines, government data shows. Dean Headley, a marketing professor at Wichita State and one of the co-authors of the annual report being released Monday, said passengers already know that air travel is getting worse. "We just got the numbers to prove it."

For the third straight year, Virgin America led the rankings. The niche airline with a limited route network was followed by Hawaiian Airlines and Delta Air Lines.

Among other findings in the report:

—LATENESS: The percentage of flights that arrived on time fell to 76.2 percent last year from 78.4 percent in 2013. Best: Hawaiian Airlines. Worst: Envoy Air, which operates most American Eagle flights.

—LOST BAGS: The rate of lost, stolen or delayed bags rose 13 percent in 2014. Best: Virgin America. Worst: Envoy. Airlines lose one bag for every 275 or so passengers, but at Envoy, the rate is one lost bag for every 110 passengers, according to government figures.

— OVERBOOKING: The rate of passengers getting bumped from flights rose 3 percent. Best: Virgin America. Worst: a tie, between SkyWest and its ExpressJet subsidiary.

Regional carriers, which operate flights under names like American Eagle, United Express and Delta Connection, tend to earn the worst marks. They fly smaller planes, so when airlines are forced to cut flights due to bad weather, they ground the regionals first to inconvenience fewer passengers. Envoy Air, which operates most American Eagle flights, finished last in the overall rankings.

But the picture was bleak at the four biggest U.S. airlines too. On-time performance fell and complaint rates rose at American, United, Delta and Southwest. The researchers blamed consolidation through mergers, which has reduced competition.

Headley said airlines performed better in the years after 2001, when travel demand fell and planes were less crowded. Airlines were also losing money. They returned to profitability when the airlines left after mergers limited flights to keep fares up. The average plane is now more than 80 percent full at most airlines, and many flights are oversold.

"They have put the same number of people in fewer airplanes," Headley said in an interview. "Anytime the system ramps up, it goes haywire."

Airlines are ordering new planes and making other investments that they promise will lead to better service. Many of the biggest improvements are targeted at the airlines' most valued customers — those in first-class and business-class sections.

The annual report is now in its 25th year. Headley and Embry-Riddle Aeronautical University professor Brent Bowen use information that the airlines submit to the U.S. Department of Transportation.