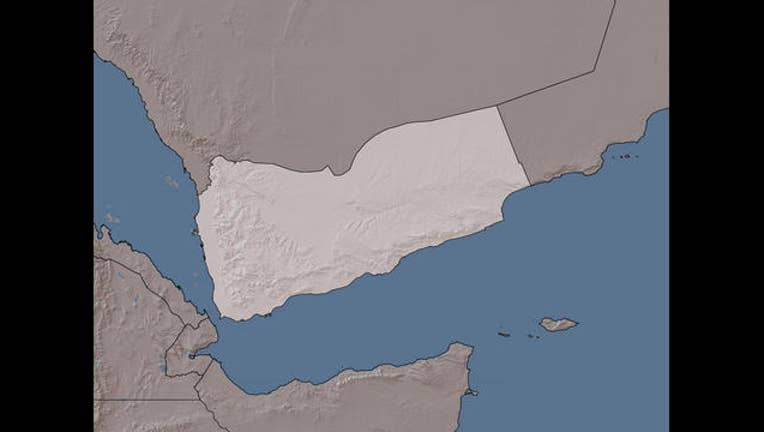 SANAA, Yemen (AP) -- An airstrike hit a hospital supported by Doctors Without Borders in northern Yemen on Monday, the international humanitarian group said, killing at least 11 people and wounding at least 19 others.

The group, known by the French acronym MSF, said the strike hit the hospital near the Houthi rebel stronghold of Saada, where teams were still attending to the wounded.

The airstrike on Abs Hospital, in Yemen's Hajjah governorate, occurred around 3:45 p.m. Monday, MSF said in a news release. The aid group said nine people, including an MSF staff member, were killed immediately. Two more patients died while being transferred to another hospital, and five patients remain hospitalized.

MSF said the hospital, which the group had been supporting since July 2015, was partially destroyed, and all the remaining patients and staff have been evacuated.

The conflict in Yemen pits an internationally-recognized government backed by a Saudi-led coalition against the Shiite Houthi rebels, who captured the capital, Sanaa, in September 2014. The Saudi-led coalition has been carrying out airstrikes in Yemen since March 2015.

MSF said the hospital's GPS coordinates had been shared with all sides to the conflict, including the Saudi-led coalition.

Teresa Sancristoval, MSF emergency program manager for Yemen, said it was the fourth attack on an MSF-supported medical facility in Yemen in the past 12 months.

"Once again, today we witness the tragic consequences of the bombing of a hospital. Once again, a fully functional hospital full of patients and MSF national and international staff members was bombed in a war that has shown no respect for medical facilities or patients," Sancristoval said in the news release.

MSF called on all parties, particularly the Saudi-led coalition which it blamed for the hospital attack, to guarantee that such attacks do not happen again.

In response to an Associated Press request for comment, the Saudi-led coalition said its Joint Incidents Assessment Team "is aware of reports of an airstrike on a hospital in Yemen's northern Hajjah province."

The coalition assessment team has opened an investigation into these reports as a matter of urgency and is seeking additional information, in particular from Medecins Sans Frontieres, the statement said. The coalition added that it will make its findings from the investigation public.

On Saturday, an airstrike on a school killed at least 10 children and wounded dozens more, Yemeni officials and aid workers said. The Saudis denied hitting a school, saying the target was a Houthi training camp and accusing the rebels of recruiting children.

Earlier this month, the coalition acknowledged that it had committed "unintended bombings" that caused civilian casualties during its nearly 18-month air campaign, blaming U.N. agencies for not coordinating with it.

MSF, which operates in conflict zones around the world, has had a number of its facilities attacked over the past year.

The group said in May that at least 100 staff members, patients and caretakers were killed, and another 130 were wounded, in aerial bombing and shelling attacks on more than 80 MSF-supported and run health structures in 2015 and early 2016.

A U.S. aerial attack on an MSF-run hospital in Afghanistan last October killed 42 people. The U.S. government has apologized for the attack and paid compensation to survivors and the families of those killed.

"We have condemned all attacks on medical facilities by any side and we would similarly condemn any attack that causes the sort of damage that we've heard reported in this attack on an MSF facility," Haq said.

Haq reiterated Secretary-General Ban Ki-moon's condemnation Sunday of the airstrike on a school in Saada governorate in north Yemen on Saturday that killed at least 10 children and injured many more.

In that statement, Ban expressed dismay that civilians, including children, "continue to bear the brunt of increased fighting and military operations in Yemen" and reiterated that there is no military solution to the crisis, his spokesman said.

MSF's Sancristoval said that despite a recent U.N. resolution calling for an end to attacks on medical facilities in Yemen, "nothing seems to be done to make parties involved in the conflict in Yemen respect medical staff and patients."

"Without action, these public gestures are meaningless for today's victims. Either intentional or as a result of negligence, this is unacceptable," she said.

In Washington, U.S. State Department spokeswoman Elizabeth Trudeau also expressed concern with reports of the airstrike, saying the State Department was in contact with Saudi authorities and still gathering information.

"Strikes on humanitarian facilities including hospitals are particularly concerning," she said. "We call on all parties to cease hostilities immediately. Continued military actions only prolong the suffering of the Yemeni people."

Abs Hospital, the main medical facility operating  in the western part of the Hajjah governorate, had a 14-bed emergency room, a maternity unit and a surgical unit, MSF said.

At the time of the airstrike, MSF said there were 23 patients in the surgery ward, 25 in the maternity ward, 13 newborns and 12 patients in the pediatric ward. The group was still trying to clarify how many patients were in the emergency room.