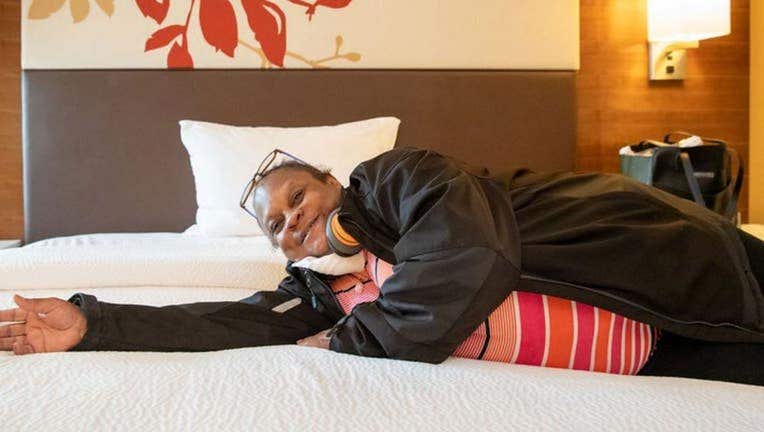 OAKLAND, Calif. - Alameda County is poised in the coming months to close the hotels it has used over the last 18 months as isolation and quarantine facilities for homeless residents without additional funding, the director of the county's Health Care Services Agency said Tuesday.

Speaking to the county's Board of Supervisors, HCSA Director Colleen Chawla said the county has enough state and federal funding to keep the hotels open through the end of the year, at which time the residents being sheltered would be offered longer-term housing.

The HCSA currently plans to spend roughly $118 million on the program through the end of the year including a potential ramp-down, Chawla said, but the hotels could be kept open through June of next year if the county allocates roughly $15 million in federal pandemic relief funding to the HCSA.

"If it ends in December, we have a plan to ramp down by December so that we would serve fewer and fewer people each day until there's nobody left at the hotel who hasn't been offered housing," Chawla said.

The county began leasing vacant hotels and motels to use as both quarantine facilities and temporary housing for homeless residents last year, when the state launched its Project Roomkey partnership with the U.S. Federal Emergency Management Agency to reimburse local governments that did so.

The county has utilized nine hotels for Comfort and Safer Ground since March 2020, with Chawla estimating four or five hotels and between 350 and 400 rooms are still in use.

As part of Comfort and Safer Ground, the county has also contracted with local community-based organizations to Chawla said the HCSA is requesting roughly $15 million to keep the hotels open through June from the county's $162 million in federal funding that it has received from the American Rescue Plan Act, which comprises half of the $324 million in ARPA funding allocated to the county.

"It would allow us to extend that time period through June," Chawla said of the funding. "There would still be a ramp-down plan, but it would happen closer to June and not December."

In total, the HCSA -- which includes the county's environmental, behavioral and public health departments -- is requesting some $54.5 million from the county's ARPA funding pool to keep the hotels open and support other pandemic-era initiatives like COVID-19 testing, case investigation and vaccination.

Chan suggested allocating the remaining $62 million to directly support parts of the county that have been heavily impacted by the pandemic via grants, public outreach and economic development programs.

The board is expected to vote on an allocation plan for the funding at its next meeting, scheduled for Sept. 28 at 9:30 a.m.