KTVU's Greg Liggins reports on the incident that unfolded in unincorporated Hayward that claimed the life of a 26-year-old man.

HAYWARD, Calif. - Alameda County deputies shot and killed an armed man that they say was threatening people in the foothills of Hayward early Saturday morning.

The shooting happened in the Fairview district, an unincorporated part of the Hayward foothills, not far from the University.

The incident began shortly after 3:30 a.m. when sheriff’s say they began getting multiple 9-1-1 calls about a man creating a disturbance, and threatening people with a gun.

Officials say the incidents were happening on Second Street near the intersection of Campus Drive, about two miles north of Cal State East Bay.

Saturday morning, sheriff’s detectives, the District Attorney’s office and coroner, were at the scene where the 26-year-old Filipino suspect was shot and killed. 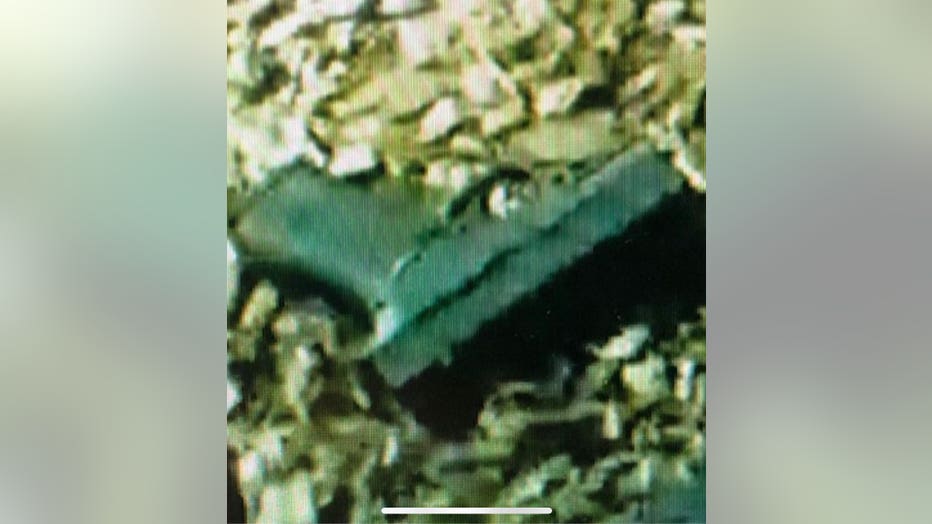 A photo of the gun that was recovered by Alameda County sheriff's deputies.

A sheriff’s spokesman says three deputies fired several rounds at the suspect in response to the suspect firing at least one shot at them.

"Our officers told that individual to drop the gun... they tried to de-escalate it as quick as they could, but he grabbed the gun, he reached up, he fired the weapon." Kelly said. "We know that a bullet went past our deputy’s head, narrowly missing him."

Investigators say they have recovered a semi-automatic handgun and one spent shell casing.

A sheriff’s spokesman says the suspect lived a transient lifestyle and has a lengthy criminal history. They’re looking into why he was in the neighborhood and what motivated his behavior.

Some residents were awakened by the commotion before the fatal shots.

Authorities say they have body camera footage of the shooting and investigators are canvassing the neighborhood for home surveillance video to piece together the moments before the deadly confrontation.

Sheriff’s say the incident required the use of deadly force, and that quick action may have saved the lives of others, including one of their own, since the suspect was unable to fire off more shots.

"We got very lucky here today because a matter of inches our officer could've been struck and killed in the head," Kelly said.

Authorities say have not released the suspects name, but say he has a criminal history that includes robbery, burglary, firearms possession, and assault with a deadly weapon.

Part of the investigation will including looking into whether he had ties to the neighborhood, or whether he was there for another reason.