The Alameda County Board of Supervisors pass a resolution for reparations for African Americans.

OAKLAND, Calif. - The Alameda County board of supervisors has adopted a resolution calling for reparations for African Americans.

Board members told the East Bay Times that the measure will help address the legacy of slavery and how police interact with people of color.

The resolution says the county “apologizes and expresses remorse for the slavery, segregation and discrimination of African Americans and further pledges to address the legislative, social, and economic inequities faced by African Americans."

The resolution did not include any recommended financial compensation from the county for reparations. 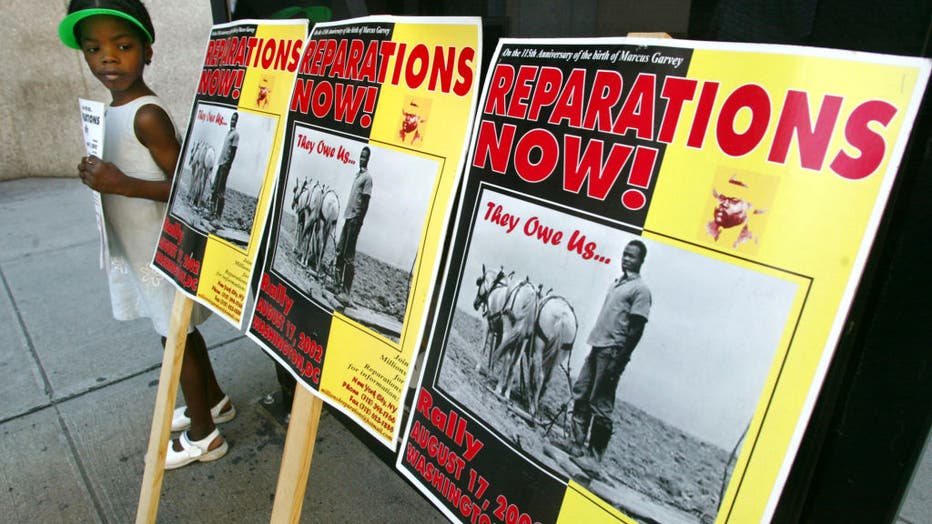 The move comes after Gov. Gavin Newsom last week announced California will develop a detailed plan for granting reparations to Black Americans under a new law he signed.

The law creates a nine-member task force to come up with proposals for how the state could provide reparations to Black Americans, what form those reparations might take and who would be eligible to receive them.