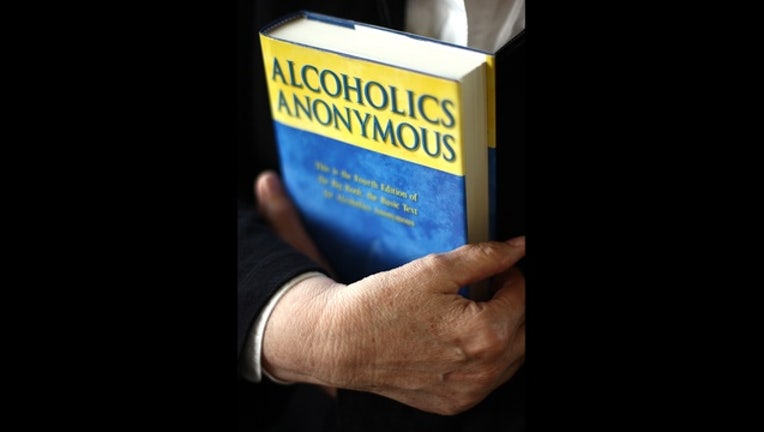 In this Thursday, June 10, 2010 photo, a woman identifying herself as "Carol W" holds the "Big Book", the basic text for Alcoholics Anonymous, in Seattle. (AP Photo/The Seattle Times, John Lok) MAGS OUT; NO SALES; SEATTLEPI.COM OUT; MANDATORY CREDIT

NEW YORK (AP) -- Alcoholics Anonymous is demanding the return of its 1939 original manuscript describing the "Twelve Step" program of recovery from alcoholism.

The manuscript is to be sold June 8 at auction. The lawsuit says the manuscript was gifted to a man who left instructions for it to be given to Alcoholics Anonymous upon his death. But it never was.

Now, it is being advertised by Profiles in History, which plans to auction it in two weeks. Aron Gerson, a spokesman for the Los Angeles-area auction house, declined comment. A man who answered the phone at QuestRoyal Fine Art in Manhattan, which displayed the manuscript for three days, says he couldn't comment.