The shutdown began at 5:47 a.m. following the threat, which brought a Santa Clara County Sheriff's bomb squad to investigate at the station at 65 Cahill St.

As of shortly after 7 a.m., northbound trains out of Caltrain's maintenance facility in San Jose were bypassing the Diridon station and starting service at the Santa Clara station.

Trains were delayed by up to 60 minutes until the station reopened just before 8 a.m., according to Caltrain. The station was given the all clear, but there was no immediate word on what prompted the threat.

Video at the scene showed emergency vehicles and would-be commuters on cell phones trying to figure out how they were going to get to where they wanted to go. 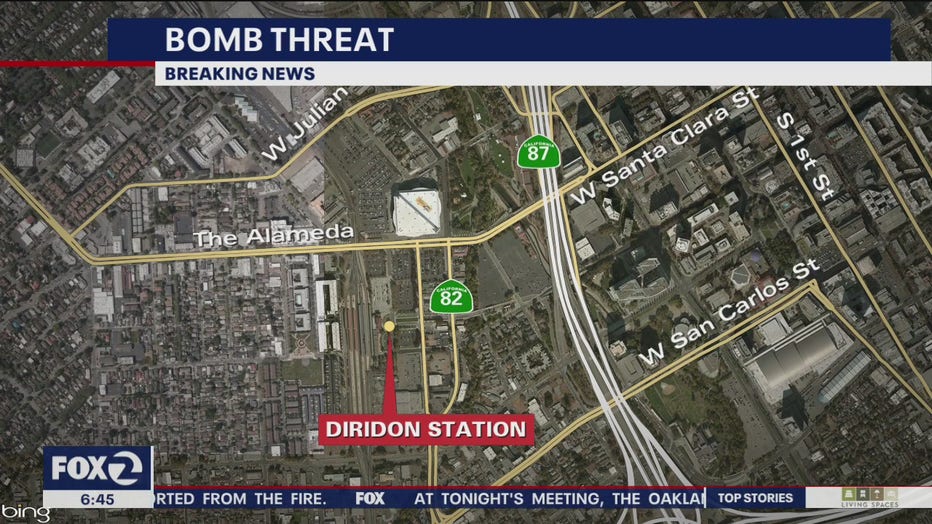