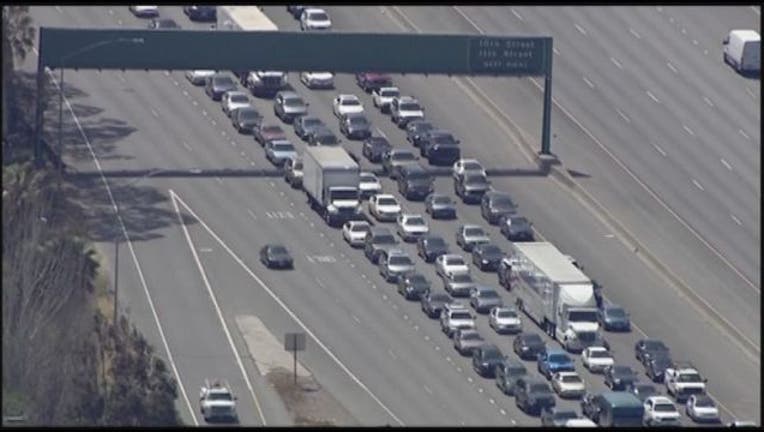 Hector Chavez was arrested on suspicion of making criminal threats, brandishing a deadly weapon and as a pedestrian failing to obey an official regulatory sign, CHP Officer Ross Lee said.

Around 12:50 p.m., officers received a report of a person standing on the right shoulder at the ramp from southbound Interstate Highway 680 to southbound U.S. Highway 101, according to Lee.

Arriving officers found Chavez, who was combative, aggressive and allegedly threatened to jump from the ramp below to southbound lanes of Interstate Highway 280, Lee said.

San Jose police crisis negotiators were called to the scene and helped the CHP communicate with the man to find a "peaceful resolution," Lee said.

Medical and fire personnel also responded to the scene, he said.

Chavez allegedly brandished a knife at officers and threatened them as they moved closer to him, according to Lee.

At about 7:20 p.m., he surrendered and was arrested without incident, Lee said.

All lanes at the Highway 280 and Highway 680 split were also closed in both directions, he said.

All the roadways reopened around 7:30 p.m., according to the CHP